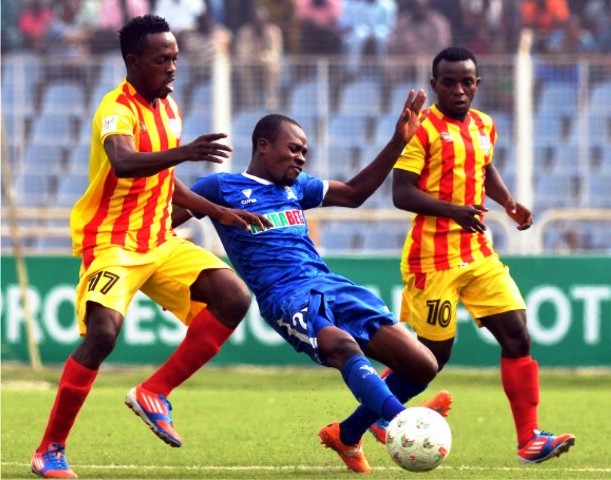 Mountain of Fire Miracle, (MFM) FC’s midfielder, Barry Legbara, has identified sport competitions as one of the best ways to reduce youth restiveness in a given society.
He stated that when youths are engaged meaningfully in sporting activities, they would have no time to indulge in nefarious activities.
Legbara, made the assertion in an exclusive interview with Tidesports, at the finals of the concluded second edition of Governor Wike Pre-Season Tournament, last Sunday, in Port Harcourt.
Consequently, he appealed to well-meaning Individuals, corporate bodies and organisations to sponsor tournaments at the grassroots, with a view to discovering hidden talents and engage the youths meaningfully.
The midfielder commended, Rivers State Government led by Governor Nyesom Wike, for hosting the Pre-Season Tournament, adding that, playing in the competition has made him gain more experience.
“I see a lot of skillful players that can improve, if they are given opportunity.
I think if they organise some competitions at the grassroots level, the youth will not have time to commit crime in the society”  Legbara said.
The midfielder further expressed confidence that MFM will do better when the new season commences, next month.
“ We were recruiting new players but I think when the new season kicked, we will do better than Governor Wike preseason tournament” he stated.