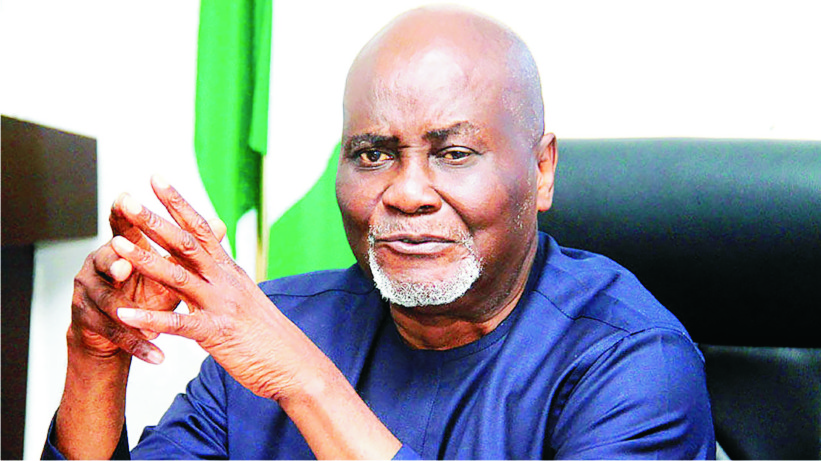 The Interim Administrator of the Presidential Amnesty Programme (PAP), Col. Milland Dikio (rtd), has vowed to resolve all bureaucratic bottlenecks hampering prompt payment of stipends to the beneficiaries of the programme.
Dikio, who spoke in Port Harcourt, Rivers State, at the weekend when he met with leaders of phases one, two and three of the scheme, said some persons tried to discourage him from touring the region citing security challenges.
The Amnesty boss said the reforms he had introduced into the scheme would stop series of protests by ex-militants that used to precede payments of their stipends.
Dikio, who has been on a tour of the region, insisted that his reforms had made prompt payment of the beneficiaries’ stipends possible.
“There were too many bureaucracy in the system which often resulted in the incessant delays in the payment of the N65,000 monthly stipend”, he said.
Dikio said his tour was aimed at returning the programme back to its owners insisting that PAP was designed for ex-militants only.
Addressing the ex-militant leaders, he said: “The PAP is a programme that was designed especially for ex-agitators. If you are not an ex-agitator you’re a stranger. I don’t see why it will be the other way.
“I was told by some people not to come that the region is not safe. Why should I be in this office and not visit my main area of operation? So I said I must come, so that we can see eyeball to eyeball, let me hear from you the issues so that together we can begin to discuss how to move on.
“I was in Okochiri in Okrika on Friday where I met with the Big 5 in the palace of King Ateke Tom and it was a fruitful meeting. Today, I am also meeting with you all to reinforce my vision for the PAP.
“Over time people have confused the programme for the package. They are different and it is good that you understand that so that we can all be on the same page.
“Since I came, I have been undertaking some reforms to ensure that we get it right. So the issue of your monthly stipends will be paid every 25th of the month. It’s not rocket science. All that was needed to do was to put the accounting process in order”.
Dikio appealed to the ex-agitators to work for the peace and development of the region by supporting the new direction and vision of the PAP under his watch.
He said: “If we learn the lessons of the past then we can do better. Our region has been left behind. Everything shouldn’t be about protest. The more we stabilize the region, the more we will attract businesses.
“I want you all to understand that you can be what you want to be. You can choose to be great and you will be great. It all depends on you. So for you to be great you must think great and begin to do great things not things that will be inimical to your growth”.
The ex-agitators expressed confidence in the new administrator and commended him for consulting them, an action they said was lacking in the past.
The leader of the first phase of the PAP, Pastor Reuben Wilson said the new vision of Dikio would make the programme run seamlessly.
He said it was a remarkable idea to host the meeting in the region saying it had further boosted their confidence in him.