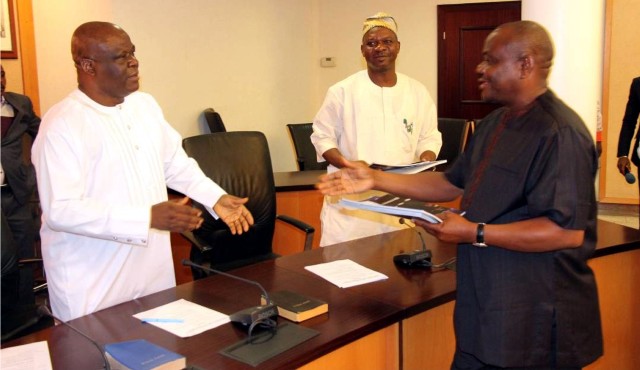 Unhappy with the lopsided maintenance of federal roads where some states are given adequate attention and others neglected, the lawmaker representing Khana/Gokana Federal Constituency, Dunamene Dekor, has vowed to find out why Rivers State has been neglected.
He said he was going to take up the issue of why Rivers State suffers neglect with the Federal Road Maintenance Agency (FERMA) and possibly push for a reversal.
According to him, he could not understand why the road maintenance agency has shown such disregard in maintaining federal roads in Rivers State, whereas states like Kano are being given adequate attention.
Dekor, who heads the House Committee on FERMA, in a chat with aviation correspondents on Tuesday, noted that a total of four road maintenance works, valued at N34 million was undertaken in Rivers State, while in Kano, the least cost of each of the 10 roads being executed by FERMA is N34 million.
“I wonder why such take place. Are we not one Nigeria? And why would some states suffer such neglect? And I am still asking the DG of FERMA on how they arrived at that.
“I will not keep quiet over that neglect because I represent a people, I will take up this issue to ensure that projects are evenly distributed, and we must not lag behind”, he said.
On the Ogoni clean-up project, the federal lawmaker said the House of Representatives committee that recently visited Ogoni was determined to ensure that the clean-up project was executed to the end.
According to him, the committee is not after monetary gain but to ensure the general welfare of the citizenry, adding that as a grassroots politician, he can not afford to disappoint or betray his people.