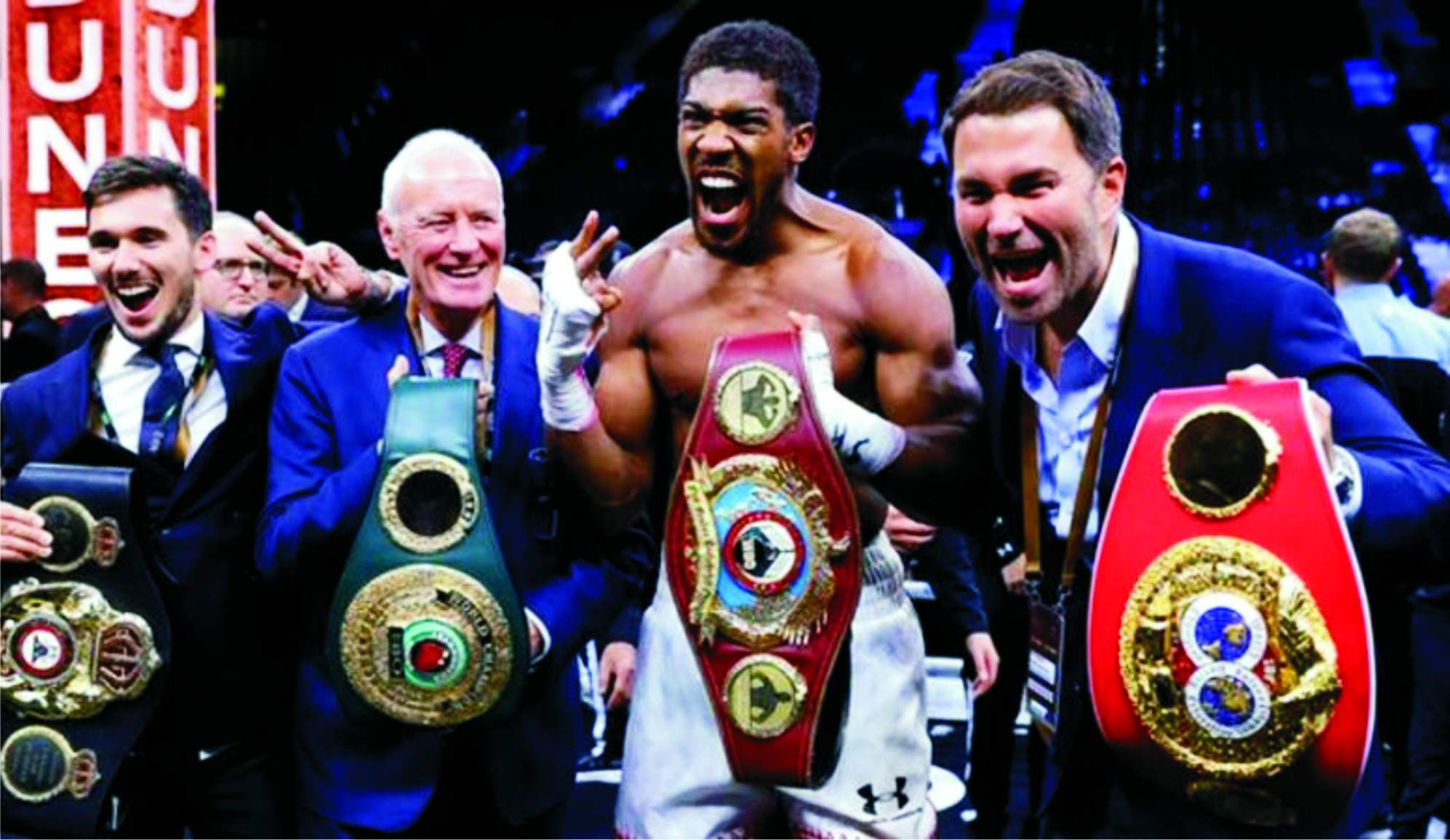 Promoter, Eddie Hearn, says he is “ready to conclude a deal” for a heavyweight unification fight between Anthony Joshua and Tyson Fury in December.
The two British fighters hold all four belts between them after Fury beat Deontay Wilder to take the WBC title last month.
Joshua, the WBA, IBF and WBO champion, will fight Kubrat Pulev on 20 June.
Fury is set to face Wilder for a third time this summer after the American triggered a rematch clause.
“There’s no reason why we can’t put that deal in place now for the winner of those two fights,” said Joshua’s promoter Hearn.
He added he had reached a point in talks with Fury’s US promoter Bob Arum “where we’re ready to conclude a deal and try to move forward to get that deal done for December”.
“We’ve just got to iron out some basic things like broadcasters and where the fight is going to take place, but I believe there’s a real desire from both sides to get that fight done now.
“To have two British heavyweight champions is unbelievable but to have them fighting for the undisputed championship is something that will never, ever happen in our lifetime again.
“December limits us in the UK, it just really leaves us with the Principality Stadium [in Cardiff], so we’re going to look at all options but first thing’s first, let’s get the deal papered and know exactly where we stand.
“So we’ve got to make it happen, let’s get the deal made now and let those guys concentrate on their big fights in the summer.”
Arum, who also promoted Pulev, said that Fury will fight Wilder before the 2020 Olympics, which are due to begin in Tokyo on 24 July.
However, he is backing mandatory IBF challenger Pulev to knock out Joshua in their bout at Tottenham Hotspur Stadium this summer.
Joshua won back the belts with a unanimous points victory over Andy Ruiz Jr in December, having lost them in a chastening defeat in New York last June.
“We’ve just got to keep focus on the Pulev fight,” Hearn told Tidesports source.
“Last time the talk was all about Wilder and it all unravelled at Madison Square Garden in June.
“We don’t want any unravelling at Tottenham. We want a brilliant, brutal performance.”