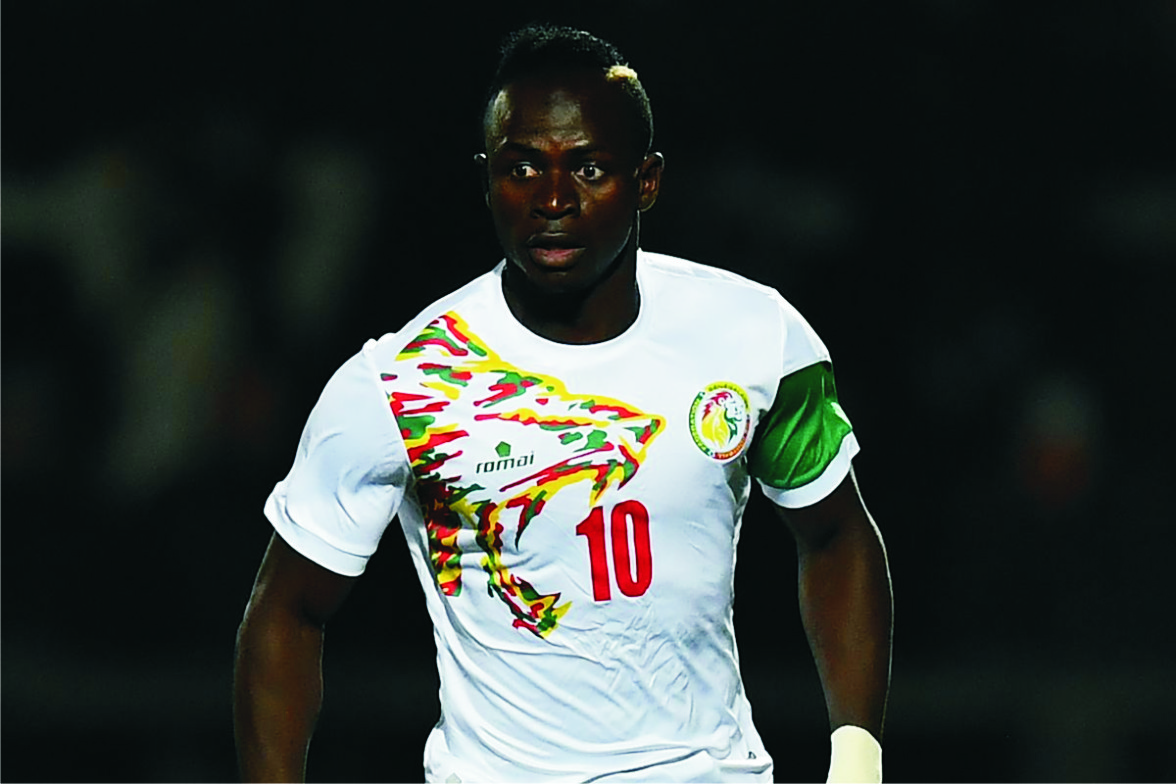 Nigeria has one of the best football scenes on the continent. Over the years, some of its clubs have managed to reach iconic status, not only across the country but in the entire world! While football continues to grow as a sport, attracting more and more viewers with each year, the industry standard is also changing.

While around 50 years ago soccer betting was not a huge part of the industry, nowadays you cannot really talk about any major sporting event without mentioning the betting aspect of it. In the long run, new betting sites that offer various sports bets and especially soccer betting has helped viewers and fans feel more connected to their favorite teams and clubs. Also it makes them engage more frequently with the sport in general.

Here are the top five football clubs to look out for!

The first football club we will be discussing is based in Uyo, Akwa-Ibom, Nigeria. The club was founded back in 1996, by the Military Administrator of the state, Joseph Adeusi. The team competes in the first division of the Nigerian Professional Football League. The Akwa United team has some of the most admired football players across Nigeria, including the notorious fan favorites. Their home stadium is still in Akwa-Ibom and according to various sources, it also has some of the highest-paid footballers in the country.

This team is based in Enugu, as the name suggests. They are commonly referred to as Enugu Rangers. They are historically one of the most successful Nigerian football teams, with seven appearances in the African Champions’ Cup. The club has also appeared in the CAF Champions League three times. Enugu Rangers have also been a part of the Premier League, though they have failed to get to the finals since 1984.

Enyimba International is the most successful Nigerian football club, founded almost 50 years ago. The team’s name itself translates into “People’s Elephant in Igbo”. Enyimba is definitely among the top or most supported football teams across the country. The team is the nation’s favorite because of its outstanding successes. Enyimba International has won two African Champions League titles, four Federation Cups and also several Nigerian championships. It is easy to understand why the team has become the pride of Nigerian football!

This particular club is among the newest or most recent ones on the Nigerian football scene. It was only founded in 1990. Having won titles in the Nigerian Premier League four times, the team has firmly managed to establish itself as one of the leaders. They also play in the highest division of the Nigerian Professional Football League. Having said that, Kano Pillars are yet to return to the place they were in 2014. This is when they won their last Premier League championship.

Lobi Star, previously known as BBLHawks adopted its current name in 1990. The team is based in Makurdi, Benu state, playing their games at the Aper Aku Stadium. The sports venue can accommodate up to 15,000 people. Yes, it has a large following, coming mostly from Makurdi. It has great potential, which is likely to grow in strength. The Lobi Star team has had a good run but only the future will tell what the team is really capable of!

Nigeria fans have questioned the desire of the President of the Nigeria Football Federation to bring back striker Odion Ighalo to the Super Eagles.
Ighalo quit the Eagles two years ago, after leading the team to a third-place finish at the 2019 African Cup of Nations in Egypt, emerging as tournament top scorer with five goals.
Pinnick, who visited England-based Super Eagles players, said stated on Instagram on Monday that he had appealed to Ighalo to reconsider his decision to quit the national team.
“I had a long conversation with Odion Ighalo, personally I believe we need experience in our attack to combine with our energetically youthful (Victor) Osimhen, (Paul) Onuachu, Kelechi (Iheanacho) and Odion’s (Ighalo) body language is very positive. We are also in touch with his agents and club,” Pinnick wrote on Instagram.
However, several Nigerians, who commented on Pinnick’s post, questioned the NFF boss’ decision to bring back Ighalo to the team.
“I think you started very well until your mention of Odion Ighalo. Odion is on retirement, let’s focus on Osimhen, (Taiwo) Awoniyi, and Onuachu who are going a great job at the club and national level,” fidelenny wrote.
“I feel really disgusted hearing about Ighalo, damn, Osimhen is world rave of the moment, Ighalo has paid his dues, actually, the team needs a creative midfielder and a winger who can score and assist, so he should be talking of Victor Moses coming and also tell Rohr to get a creative midfielder, not striker at all, Osimhen is Afcon qualifier top scorer,” Chidon said.
According to Mr_tee_, the team should also try and bring back former captains Jay jay Okocha and Mikel Obi since Pinnick said the Eagles needed experience.
“Was about to applaud your write-up until Ighalo was mentioned, you should also speak to Okocha and Mikel, their creativity and experience are needed in the midfield,” he posted.

The Federal Ministry of Youth and Sports Development on Monday said it has placed an indefinite suspension on the Nigeria Basketball Federation Elective Congress scheduled for Saturday.
Following the Federation’s extraordinary congress, the Musa Kida-led Caretaker Committee had approved October 30 for elections into the board.
The congress held on October 9 in Abuja also ratified Benin as the host city for the NBBF Elective Congress, while also adopting the proposed Electoral Committee to be chaired by Lanre Glover.
However, a statement by the Ministry’s Permanent Secretary, Ismaila Abubakar, on Monday directed an indefinite suspension of the Congress.
“Having reviewed the crisis around the NBBF and in consideration of the several attempts by the supervising Ministry to resolve the lingering crisis and factionalisation in the basketball family, the FMYSD hereby directs an indefinite suspension of the NBBF Elective Congress.
“All concerned stakeholders are expected to take note and comply,” the statement said.
It added that the decision became necessary to avert further deterioration of the leadership crisis and was geared towards finding a workable solution to the current disagreements within the Federation.
“The rancour-free development of basketball in Nigeria is of utmost importance,” the Ministry stated further.
It, however, noted that recent elections into the NBBF Board from the various constituencies, such as Zones, NAWIS, Military/Paramilitary,  NAPHER.SD and others, stand.
“Those elected therefore remain Members-Elect,” it added.
Tidesports source gathered that the build-up to the polls had been rocked by crisis, with protests by players calling for the resignation of Kida.
No fewer than 100 Nigerian basketball players led by the newly-elected players’ representative, Stanley Gumut, on October 15 in Abuja staged a protest at the Unity Fountain.
The aggrieved players had voiced their resentment at what they termed the mishandling of basketball administration in the last four years.
“Plans by some individuals to perpetuate themselves in office against the wish of the majority are unacceptable,” they had said.
Gumut insisted that the players ought to have a say like the other recognised bodies, adding that they (the players) had endured enough of the marginalisation.
He added that they also wanted the outgoing Musa Kida-led leadership to steer clear of the elections.
Similarly, 2021 Afrobasket women champions, D’Tigress, also staged a protest over their unpaid wages and allowances.
They expressed grievances over what they described as unfair treatment meted out to them by the Nigerian government and the NBBF.
The basketballers said this was more prevalent after their victory at the 2021 FIBA Afrobasket Women’s Championship in Cameroon.
Some members of the team, who took to social media platform Twitter, said their efforts in winning the championship for the fifth time were never appreciated.

The Nigeria Football Federation has congratulated the Senior Women National Team, Super Falcons, for reaching the final round of the qualification series for next year’s Women African Cup of Nations finals slated for Morocco, following a lone goal defeat to their Ghanaian counterparts in Accra on Sunday which rendered the fixture a 2-1 aggregate triumph for Nigeria.
However, General Secretary of the NFF, Dr Mohammed Sanusi contended that there is room for improvement in the team’s entire output over the two legs of the fixture with the Black Queens, and that the NFF has concluded arrangements to reinvigorate the team technically, and also strengthen the playing body.
“I will start by congratulating the team for the victory over the Black Queens of Ghana. It was a sweet one given the rivalry between our two countries in the game, which dates back to 70 years. Notwithstanding, there are deficiencies that we must deal with squarely and without any ambiguity in order that the team will be ready for the challenges ahead.
“The Super Falcons can, and should, exhibit far greater marksmanship. We have the players at home and abroad to outrun and outplay any team on the African continent, and even compete favourably on the world stage. That is why we have to make the move to reinvigorate the team ahead of the final round of qualifiers against Cote d’Ivoire. The rejuvenation is with an objective for better focus, commitment and productivity.”
It would be recalled that Cote d’Ivoire’s eliminated the Falcons from the race to the Women’s Football Tournament of the Tokyo Olympic Games which held two months ago.
In their side of the qualifying campaign, the Lady Elephants walloped their counterparts from Niger Republic 9-0 in the first leg, making the return a mere formality.