A yet-to-be-identified young lady yesterday escaped lynching by an irate mob over alleged snatching of manhood of three men in a Bus Rapid Transit (BRT) bus at Onipanu Bus Stop in Lagos.
The Tide’s source correspondent, who monitored the incident, reports that the young lady escaped death as irate mob and BRT passengers pounced on her over the allegation.
An eye witness and passenger in the bus, who pleaded anonymity, told the source that a man suddenly raised the alarm that his manhood had disappeared immediately the young lady touched him in the bus.
She added that two other men standing close to the first man almost immediately raised the same alarm, after feeling their organs
The eyewitness added that the bus driver had to take all the occupants of the bus to Onipanu Police Station to report the incident
Speaking to the source at the police station, an unidentified police officer, confirmed the incident and said that the police were on top of the situation. 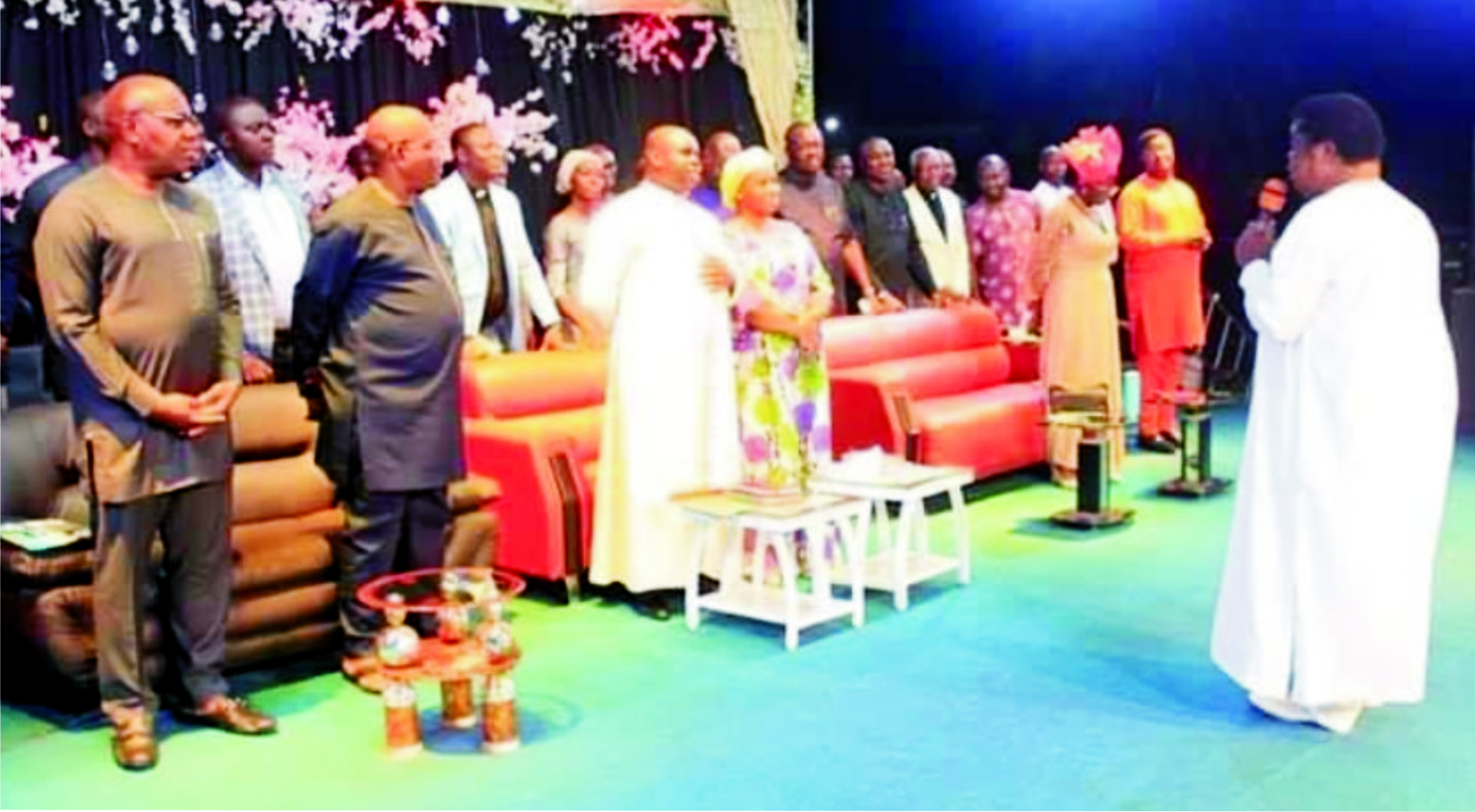 The Rivers State Governor, Chief Nyesom Wike has declared that Rivers State is one of the most peaceful States in the country because of the blessings of God that flow from the prayers of Christians.
Speaking during the 2020 Diocesan City-wide Mega Crusade of the Diocese of the Niger Delta North in Port Harcourt, last Saturday, Wike said the relative peace in Rivers State was because God has honoured the prayers of the servants of God.
The governor said: “All through last year, despite the security challenges in the country, Rivers State remains relatively peaceful. The security of Rivers State is not because of the security agencies, but due to God’s enablement.
“The peace that comes from God is necessary for all business activities to thrive and people to engage in education.”
Wike said that his administration would continue to partner with the church to further the development of the state.
He noted that Rivers State remains a Christian state and would continue to do exploits for the good of the people.
“You have heard this several times before and I will repeat it here before thousands of Christian faithful who are Anglicans. Rivers State is a Christian state.
“No matter the intimidation and conspiracy, we will continue to declare that Rivers State is a Christian state. We are reaping the blessings of God”, he said.
Wike urged Christian faithful not to relent in their prayers for the peace, security and development of Rivers State.
The Rivers State governor commended the management of Elechi Amadi Polytechnic for providing the venue for the all-important city-wide crusade.
He lauded the Anglican Diocese of Niger Delta North for the city-wide crusade which has blessed the souls of thousands of Rivers people.
Speaking at the crusade, Rev Uma Ukpai said that God was one of the citizens of Rivers State, noting that God would continue to fight the battles of Rivers people.
He thanked God for the life of Rivers State governor for his commitment to the work of God, and urged Rivers people to continue to praise God to attract more blessings.
The Guest Preacher, Rev Uma Ukpai prayed specially for the peace, security and development of Rivers State, and committed Rivers State to God for the prosperity and peace of the state.
The 2020 Diocesan City Wide Mega Crusade of the Diocese of the Niger Delta North in Port Harcourt had the theme, “All Things Are Possible”.
Popular Gospel Musician, Chioma Jesus, led a medley of praise and worship songs at the crusade. 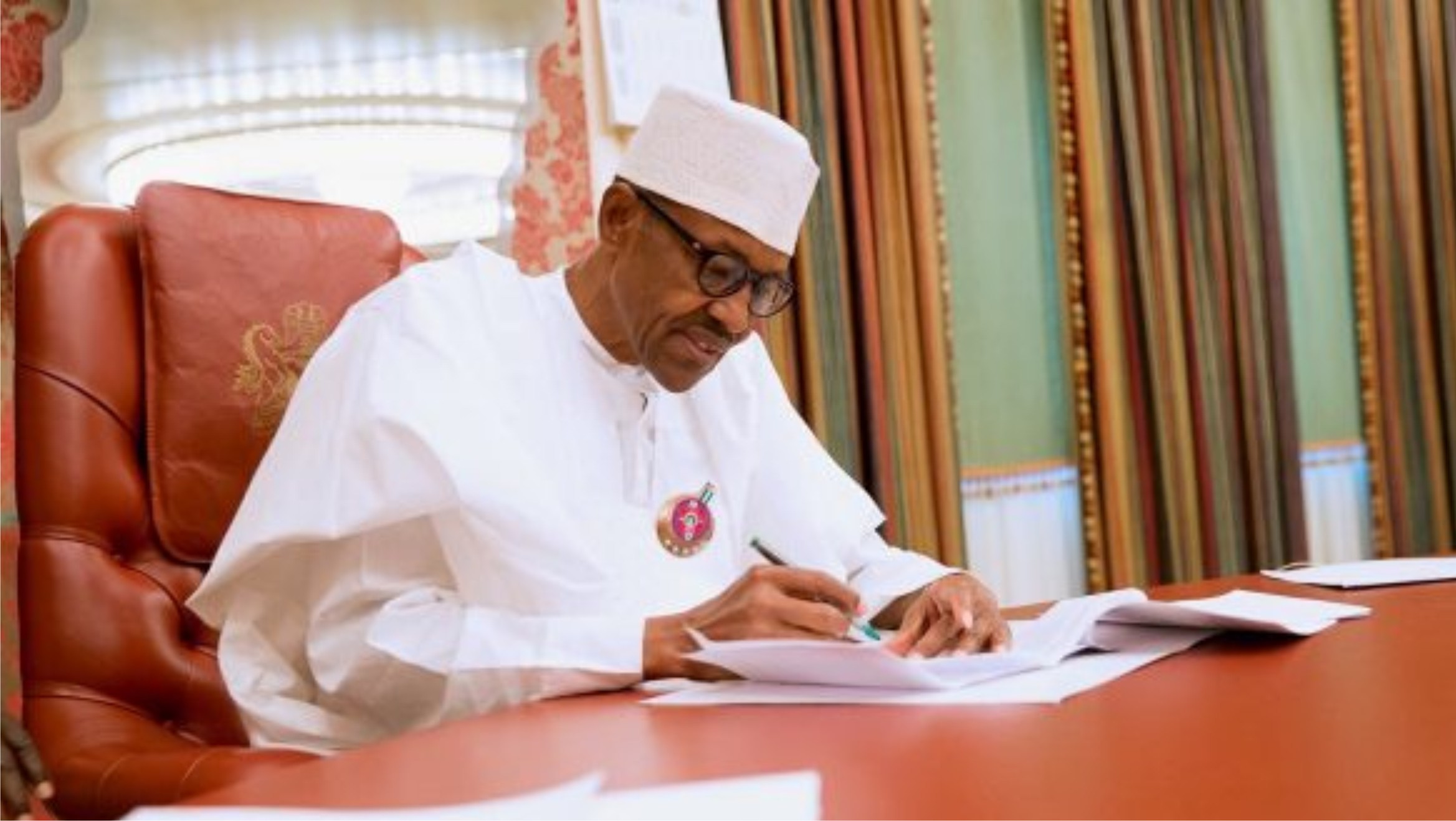 The Socio-Economic Rights and Accountability Project (SERAP) has filed a lawsuit asking the Federal High Court, Abuja, to order President Muhammadu Buhari; the Vice-President, Prof Yemi Osinbajo, 36 state governors and their deputies to “make public details of their assets, specifically property and income, contained in their asset declaration forms submitted to the Code of Conduct Bureau (CCB) since assuming office.”
In the suit number FHC/ABJ/CS/65/2020 filed last Friday, SERAP is seeking: “an order for leave to apply for judicial review and an order of mandamus to direct and/or compel President Buhari, Vice President Osinbajo, 36 state governors and their deputies to make public their summary of assets; disclose whether they have had any reason to review and update their asset declarations submitted to the CCB, and if the declarations have been made as constitutionally and statutorily required.”
SERAP is also seeking: “an order to compel President Buhari, Vice President Osinbajo, 36 state governors and their deputies to disclose whether they have received any confirmation of the verification of their asset declarations by the CCB and to disclose whether they have taken any steps to encourage members of their cabinet to also submit their asset declarations to the CCB, and to make such declarations public.”
The suit followed SERAP’s Freedom of Information (FoI) requests dated January 3, 2020, expressing concern that: “The non-public disclosure by public officials of their summary of assets undermines the effectiveness and integrity of the constitutional and statutory obligations to submit asset declarations, especially given that declarations are designed to curb grand corruption, and weakens the public trust in the asset declaration regimes.”
According to SERAP, only two states — Lagos and Niger states — have responded to its FoI requests.
But both states declined the requests to make public the assets of their governors and deputies, on the ground that “the FoI Act is inapplicable to state governments, their agencies and officials, and that only houses of assembly of states are constitutionally empowered to make laws on public records of states.”
Also, while reacting to SERAP’s FoI request to President Buhari, the Special Adviser to the President on Media and Publicity, Femi Adesina, had said: “SERAP asking the president to declare assets publicly, on the basis of what law? The president will do what the law requires of him and what the law requires is that he should declare his asset which he has done. Declaring publicly is not in our laws; it can only be a voluntary thing.”
SERAP is also seeking: “a declaration that the failure of President Buhari, Vice President Osinbajo, 36 state governors and their deputies to provide SERAP with the requested information on their assets constitutes a breach of SERAP’s right under the FoI Act, 2011, and such further order(s) the honourable court may deem fit to make in the circumstances.”
The suit filed on behalf of SERAP by its counsel, Kolawole Oluwadare, read in part: “The advantages that the general public would gain from being informed about the summary of assets declarations submitted to the CCB outweigh any perceived privacy or inconvenience, if the court orders the details to be made public as sought by SERAP.
“By a combined reading of the Constitution of Nigeria 1999 (as amended), the FoI Act, and the African Charter on Human and Peoples’ Rights, President Buhari, Vice President Osinbajo, 36 state governors and their deputies ought to be directed and compelled to make public their asset declarations as submitted to the CCB.
“The reliefs sought are constitutionally and statutorily grounded and based on Nigeria’s international transparency obligations. The reliefs sought do not clash with the rights to privacy and data protection. Both rights are not absolute and can be restricted provided there is a basis in law and a legitimate public interest justifies the restriction. Prevention of grand corruption and exposing unexplained wealth of officials are serious and legitimate public interests.
“SERAP and indeed the general public have a legitimate interest in ascertaining and scrutinizing the veracity, exactitude and honesty of information contained in asset declarations submitted by public officials to the CCB. Without public disclosure of summary of assets, this would have no practical importance.
“Public disclosure of summary of assets submitted to the CCB would help uncover any irregularities and trigger formal verification of declarations by the CCB and other anti-corruption agencies, be entirely consistent with government’s expressed commitment to prevent and combat corruption, provide a safeguard against abuse, and serve as an incentive to public officials to provide exact information when filing and submitting their asset declarations.
“Any perceived claim of interference with the right to privacy is sufficiently foreseeable for the purposes of the legal requirements for asset declarations by public officials, given that public-disclosure of summary of assets would undoubtedly contribute to the legitimate aim of asset declaration regimes to prevent corruption, as it would ensure transparency regarding the details of those assets.”
No date has been fixed for the hearing of the suit. 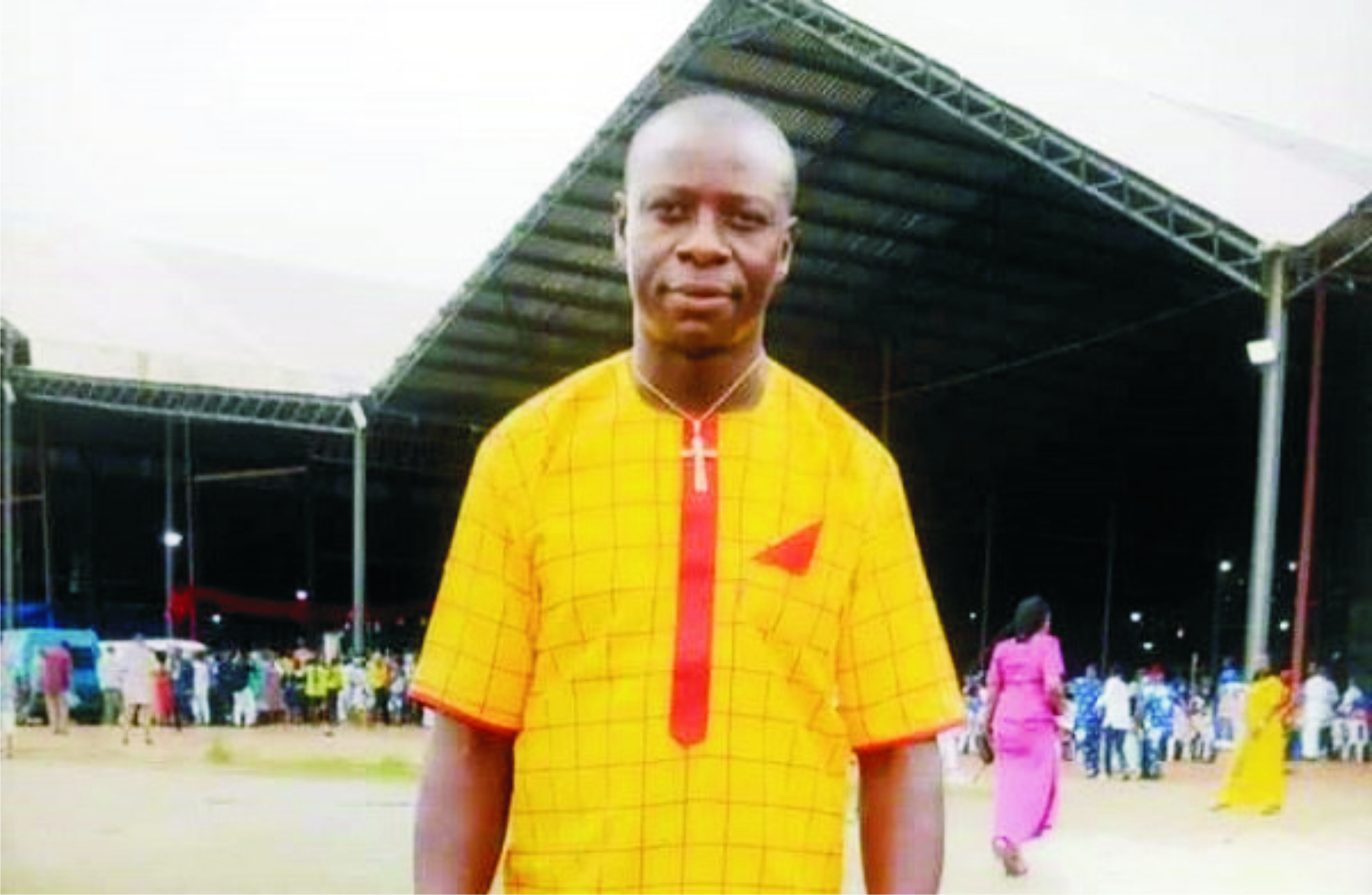