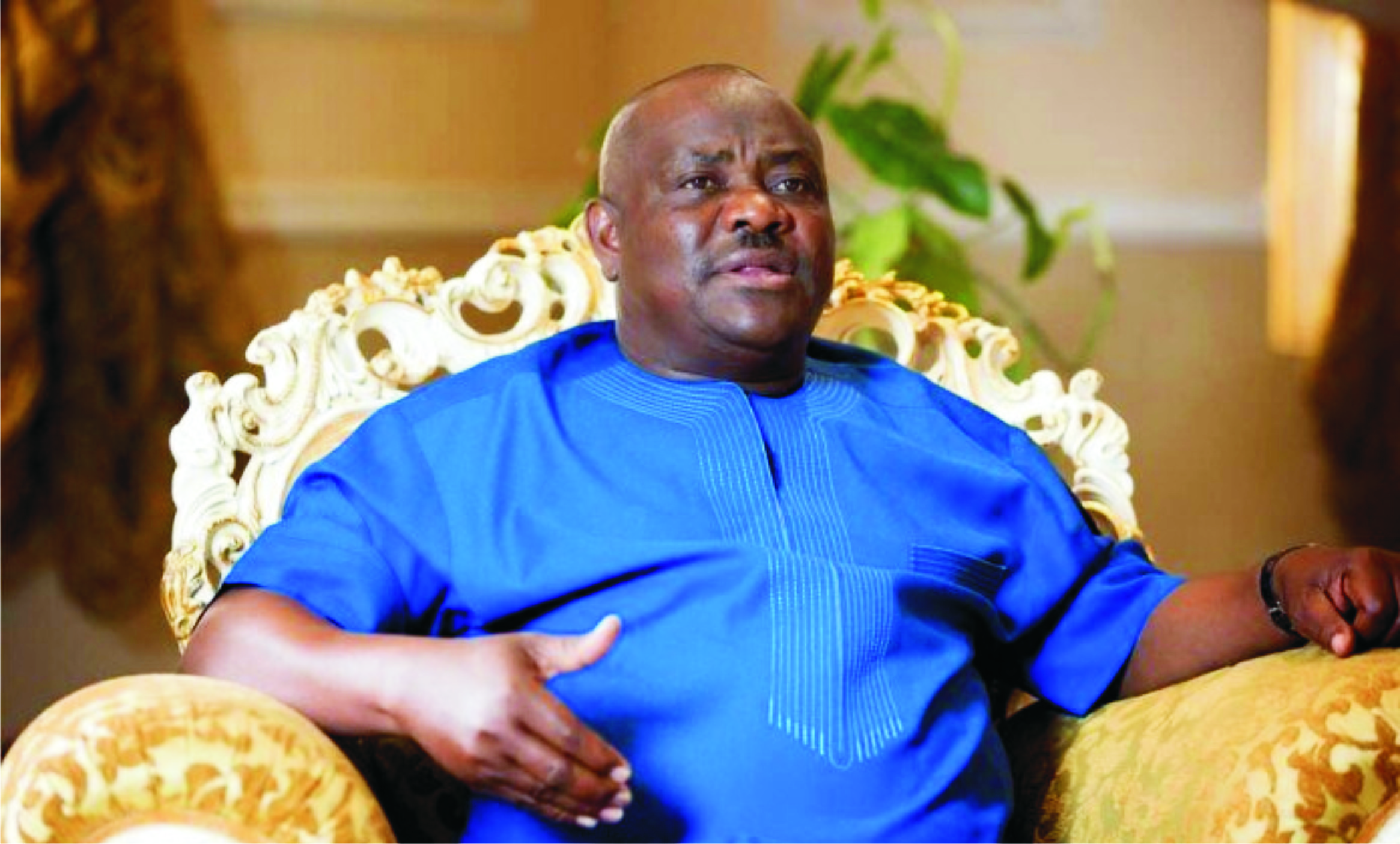 For outstanding performance in  the discharge of their duties, the Rivers State Governor, Chief Nyesom Wike, honoured some security officers in Ahoada East and Ahoada West Local Government Areas.
The governor  gave the honour last Monday, during a meeting with chiefs and security officials from Ahoada East and Ahoada West at Government House, Port Harcourt.
The honour, he said, was to encourage  security operatives for their outstanding efforts towards peace in the communities .
“ Today, we are honouring the Area Commander of Ahoada East and Ahoada West and the JTF Commander of Ahoada.
“ They have placed their lives on the line to defend our people. It is not easy. Now that they are alive, it is for us to appreciate them”, he stated, adding that the gesture would encourage others to secure the state.
He disclosed that the state government was working out a new security architecture that would soon improve peace in all parts of the state.
The Governor said: “ Very soon we will roll out a comprehensive security architecture for the state to improve security in all communities in the state”.
Also last week, Governor Wike directed the state Ministry of Justice to forward the Rivers State House of Assembly, the bill reflecting a change from the name Port Harcourt Polytechnic to Captain Elechi Amadi Polytechnic, for passage and subsequent accent.
He gave the directive last Friday when the Governing Council of Captain Elechi Amadi Polytechnic paid him a courtesy visit in Government House, Port Harcourt.
The governor also directed the release of funds for the construction one of the major structures abandoned in the institution since 1992 as well as approval of 65 years as retirement age for all polytechnic staff in the state in line with recent establishment regulation.
He directed the board to forward the financial implications of the new employment that the school requested,  for his consideration.
He remarked that employment into the polytechnic and the Rivers State University would be strictly based on merit so as to guarantee quality standard of both academic and nonacademic staff.
Chairman of the council and leader of the delegation, Senator Lee Maeba commended the governor on his reelection victory and listed efforts made by the council so far,  and challenges confronting it.
Also within the week under review, Governor Wike restated the position of the state on the issue of cattle colony, Ruga and clarified that the state does not have land for the settlement of Fulani herdsmen.
He further restated that Rivers State is a Christian state because over 99 per cent of the people are Christians.
“ As a Governor of the state, this is a Christian state. When you take a population count, 99 per cent of our people are Christians. I have no apology to anyone, Rivers State is a Christian state “, he maintained.
He made the clarification Friday during a courtesy visit by the Founder and President of Throne-Room Trust Ministries, Apostle Nuhu Kure at the Government House, Port Harcourt.
Governor Wike declared that Nigeria requires divine intervention to overcome her present developmental and security challenges.
The delegation was in Government House to inform the Governor that the ministry would hold an emergency prayer summit to pray for the survival of the country.
He called on the Federal Government to immediately arrest the northern youths who issued other Nigerians ultimatum over the Fulani herdsmen settlement programme, stressing that if the government cannot call the youths to order, it means we do not have a government but a lawless society.
He praised Governor Wike for his ability to simultaneously defend his people from oppression and also work for the development of the state.
Another major development last week in Brick House was the setting up of a 46- member committee for the accreditation and approval of private schools in the state by the governor.