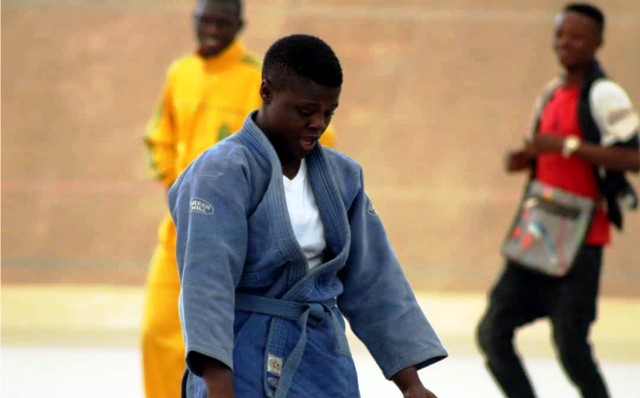 Seventeen-year-old judoka Adijat Azeez, yesterday said her target was to win medals for the country at the Olympics and World Championships.
Azeez, who won a silver and bronze in the 2018 Youth Africa Games in Algeria, told newsmen at the ongoing national judo trials in Lagos that she was hopeful of selection so that she could fulfill her goal and make the country proud.
The 2018 National Sports Festival gold medalist said that she trains regularly to ensure that her dream comes to reality.
“It is the dream of any athlete to win medals for his or her country in the Olympics and World Championships.
“It takes a lot of sacrifice to achieve this and I am grateful to my coach for her encouragement and support in bringing the best out of me, “ she said.
On her education, the Ogun athletes said that she intended to study Physical Education in the university to balance her sporting career.
In some of the categories concluded at the trials, Fatima Bashir of Delta won gold in the female -48kg, while Olayinka Azeez of Ondo State won silver.
In the women -52kg, Franca Audu of Delta won gold, while Charity Jatau of Yobe won silver medal and in the male -60kg category, Michael Agbo of Delta claimed the gold, while Kehinde Aremu settled for the silver medal.
In the male -73kg, Jonah Kadijo of Yobe clinched gold, while Samuel Oyewole of Rivers won silver.