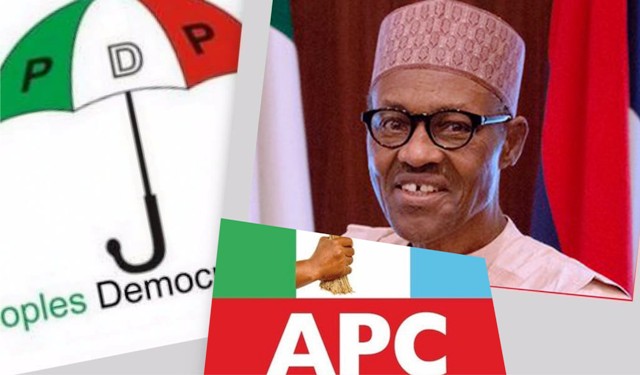 The Peoples Democratic Party (PDP), yesterday, said Facebook revelation detailing the alleged devious manipulations and engineering of disinformation in the 2019 general election by President Muhammadu Buhari’s handlers and the All Progressives Congress (APC) further exposes them as “schemers and real enemies of our democracy and national cohesion.”
The party said the revelation exposed APC as a fraudulent and violence-loving party, whose divisive activities are now directly threatening the security stability of Nigeria.
A statement by PDP’s spokesperson, Kola Ologbondiyan, yesterday, said: “Indeed, the Buhari Presidency and the APC should hide their faces in shame as Nigerians have seen that their professed sanctimony and ‘holier-than-thou’ claims are mere masquerading.
“Our party notes that there are more damning revelations against the APC, not only on its rigging of the general election, but also on how it is working against our nation, which will come to light at the appropriate time.
“The APC, which engaged in manipulation to foist itself, will do anything, no matter how vile, to sustain itself in office, not minding the social, economic and collateral damages such could cause our dear nation.
“Since the Facebook revelation, the Federal Government and the Presidency have suddenly gone dumb, having been exposed and shown in their true colours. However, the PDP holds to the eternal truth that no matter how lies appear to prevail, truth is bound to triumph at the end of the day.”
Meanwhile, the presidential candidate of the Peoples Democratic Party (PDP) in the 2019 general election, Alhaji Atiku Abubakar, has demanded payment of N500million compensation and a written apology from the Special Adviser on Social Media to President Muhammadu Buhari, Mrs Lauretta Onochie, for “spreading lies capable of damaging” his reputation.
In a letter addressed to Onochie and signed by Atiku’s lawyer, Mike Ozekhome (SAN), the former Vice-President took issues with her post on Twitter which states, ‘Atiku On UAE Watch List -Security Sources.’
Atiku said he was never on any watch list, and challenged Onochie to prove her allegation.
He said he would sue Onochie for N2billion and cyber bullying, if she fails to meet his demands.
The letter reads in part, “We have our client’s instructions to demand, and we hereby demand from you the following: That you publish and tender a written retraction and apology for the said libellous publication in six national dailies circulating in Nigeria and one international daily as well as on all social media platforms wherein the said publication was made.
“That you pay to our client through the firm, the sum of N500,000,000 only, representing minimal damages to assuage his already battered image wholly caused by your said defamatory publication.
“Take notice that if you fail or refuse to accede to our modest demands within the next 48 hours from the date of this letter, we shall be compelled to activate the full weight of the legal machinery against you without any further recourse to you.
“We shall be, in such a suit, claiming against you the sum of N2billion, representing exemplary aggravated and punitive damages.”
Onochie, who has been Buhari’s aide for over three years, has been known to attack persons who criticise the President.
Last year, she described the Christian Association of Nigeria as a ‘CAN of worms,’ for saying the President had not been fair to Christians.
She was also exposed by CrossCheck Nigeria – a coalition of 15 media houses – for posting fake photographs allegedly of the Peoples Democratic Party’s presidential rally where money was packaged with food and handed over to attendees.