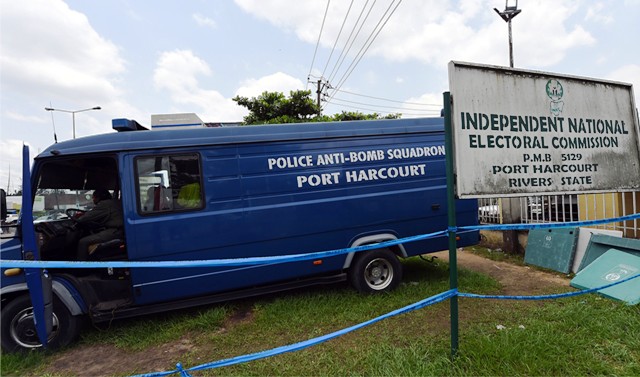 The Rivers State Government has called for disciplinary action against erring security officers found culpable in the violence and killings that rocked the February 23 Presidential and National Assembly and March 9 gubernatorial and House of Assembly elections in the state.
This formed part of the submissions made by the state government during the two-day public sitting of the Joint House of Representatives Committee on the Army, Police, Justice and Human Rights in Port Harcourt, on the violence and killings that engulfed the state during the just-concluded elections.
The committee was set up following a motion by Hon Kingsley Chinda, representing Obio/Akpor Federal Constituency on the floor of the House, penultimate week, over the murder Dr. Ferry Gberegbe and Ibisaki Amachree, among others.
Speaking through Commissioner for Justice and Attorney General of the state, Dr Zacheaus Adangor, the governor, among other prayers, sought for the immediate redeployment of the General Officer Commanding 6 Division of the Nigerian Army, Maj-Gen Jamil Sarham, payment of compensation by the Army to families of those killed and unlawfully arrested during the elections.
From figures made available to The Tide, about 13 persons were killed in Akuku-Toru as 23 sustained injuries, while in Ahoada-West, about 30 persons were arrested and manhandled, just as in Andoni, five were detained.
Similarly, Tai had 11 persons detained while in Opobo/Nkoro, 15 persons, including the state Commissioner for Education, Dr. Tamunosisi Gogo-Jaja were also illegally detained.
Meanwhile, Gogo-Jaja and Peoples Democratic Party stalwart in Asari-Toru, Chief Pawariso Horsfall have recalled the trauma and abuse they suffered in the hands of the Army before and during the general election.
Gogo-Jaja explained that his house was ransacked, as his wife and children suffered psychological trauma, while his visitors were manhandled on March 7.
Though he was released after questioning on suspicion of harbouring criminals at his home, he alleged that he lost valuables, including N1.5million.
On the hand, Horsfall narrated how his house was vandalised by suspected soldiers who claimed they were searching for criminals.
He narrated how one Captain Balarabe led soldiers who stormed his house at about 1.30am and another Supol Abu, who led a police team to search his home thereafter.
However, the Army authorities have denied involvement in the alleged acts.
Representative of the Nigerian Army during the committee’s sitting, Brig-Gen Felix Omogui, maintained that the Army complied with clearly spelt out rules of engagement.
Omogui said, “On the alleged murder of Mrs Amachree, it’s laughable that we will kill a law-abiding citizen”, as he added, there were cases of unknown soldiers, “we had so many cases and arrested many of them.”
However, the House of Representatives Committee investigating killings and violence during the general election in Rivers State has sued for peace and healing in the state.
The Chairman of the committee, Hon. Rimande Kwenum, who made the prayer, yesterday, as the committee rounded up its public hearing in Port Harcourt, said the panel was set up to avert such violence in the future and ensure healing in the state.
He frowned at the way security agencies conducted themselves but said there was need for preventing such in the future, as he called on the political class to mend fences.
The same view was expressed by Hon. Kingsley Chinda, representing Obio/Akpor Federal Constituency in the House, and who moved the motion for the committee’s investigation.
Chinda held that the elections in Rivers State were more of a battle field with F-SARS and Army being major actors.
He argued that the action of both the Army and police was unconstitutional, and therefore, the panel was set to straighten the system to avert future occurrence.
“I will continue to raise issues that border on the sanctity of the nation…It’s only truth that can heal wound, but if we sweep truth under the carpet, it can aggravate the situation”, he further submitted.
Meanwhile, the father of murdered lecturer and Ogoni youth leader, Dr Ferry Gberegbe, during the just-concluded guber and House of Assembly elections, yesterday, prayed for justice over his son’s death.
Mr. Conduct Gberigbe while praying the House of Representatives Committee on the Army, Police Affairs, Justice and Human Rights during a two-day public hearing on the violence and killings in Rivers State during the general election, stressed that those who killed his son should be brought to book.
The former police officer, who came with pictures of late son as a teenager, shed tears as he recalled the closeness he shared with late Dr. Gberegbe.