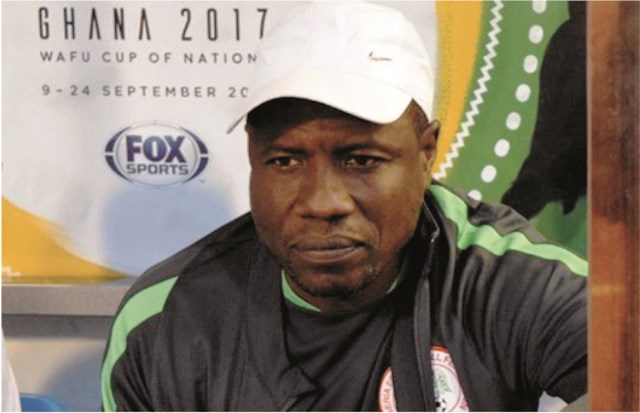 The Proprietor of Bimo FC of Lafia, Mr Chinedu Okoye has faulted the decision of League Management Company (LMC) to end the Nigeria Professional Football League (NPFL) season with about 13 matches to play.
Okoye who is aspiring to become the President of the Nigeria Football Federation (NFF) stated this on Thursday in Abuja, in an interview with the News Agency of Nigeria (NAN).
Okoye also unfolded his six-point agenda, ahead of the forthcoming board election.
Tidesports source recalls that an emergency joint consultative meeting of the 20 NPFL clubs and the LMC met in Abuja in August and declared the 2017/2018 league season concluded after 24 matches.
The meeting said that the decision was against the backdrop of the adverse circumstances in the administration of football in the country, which resulted in the indefinite suspension of league, leading to huge fixture congestion for both league and cup competitions.
The decision meant that none of the 20 NPFL Clubs would be relegated to the lower league, while four would be promoted from the Nigeria National League (NNL) to bring the number of the NPFL Clubs for the 2018/19 season to 24.
But Okoye said that the termination of the NPFL with 13 games still remaining, while teams were separated from each other with just few points, can best be described as ‘match fixing.’
“This is the first time in the history of Nigeria football where the league was concluded with 13 matches to go.
“Four people just sat down and decided to award Lobi Stars FC the NPFL title.
“We all know that we have a problem; it is only in Nigeria that you know the winner of the league from the beginning of the season. We have to stop this,” Okoye said.
According to Okoye, time has come when Nigerians should find out how football especially the leagues are run in the country.
Okoye said if elected president, he would tell Nigerians what the football secretariat got from sponsors annually.

“There is sponsorship money from coca cola and other big companies; you cannot run NFF like a cabal or your father’s property because it has a mandate to develop football in Nigeria.
“NFF collects 4.3 million dollars every year from FIFA for the development of football in Nigeria including the payment of state Football Associations, as well as female football but unfortunately, these monies get into individual pockets.
“Is that the way to grow? No. We don’t need NFF president that will go and watch Arsenal when his national team is playing a friendly game; that is what we have currently in Nigeria, but it has to stop.
“I am talking about transparency and accountability in the NFF and I will be ready to answer anybody that will come to me to know  how much comes into NFF and how much goes out.
“In this current administration, you dare not ask because if you do, you are pushed out the following day,” Okoye added.
The NFF presidential aspirant noted that the annual financial grant from FIFA was basically meant for the development of football at the grassroots with FA chairmen taking the driving seats and not to be spent on frivolities.
He said: “There is no facility and there is no age grade competition in Nigeria. Children from age eight to 18 don’t have any competition.
“Again the issue of doping in our games has to stop. If I become the NFF President, the people that dope will have no place in our sport.
NAN reports that election into the executive committee of the NFF is scheduled to hold on Sept. 20, according to the amended timetable of the Sani Katu-led electoral committee.