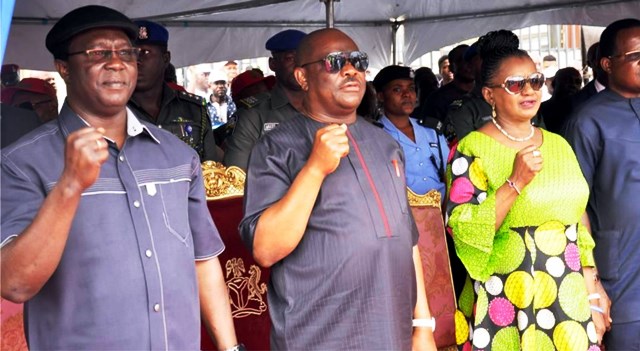 Ahead of the 2019 general elections, Dean, Faculty of Social Sciences, Ignatius Ajuru University of Education (IAUE), Rumuolumeni, Port Harcourt, Prof. Alafuro Enos Epelle has urged the newly elected chairmen and councillors in the state to ensure the enthronement of internal democracy as a necessity for the victory of the Peoples Democratic Party (PDP).
Speaking with The Tide in Port Harcourt, Epelle stressed that only internal democracy in the party would guarantee better electoral returns especially in the local government areas of the state in particular and the nation in general.
Prof. Epelle, who used the opportunity to congratulate the new chairmen and councillors in the local government areas of the state, stated that the election of the new chairmen and councilors was a good omen for the party which he said, desired good, a trusted and tested leadership for the 2019 general polls.
According to him, given their outstanding track records, their election is indeed, a Daniel come to judgement. Some of their earliest areas of attention, I dare say, would be the speedy resolution of the myriad of grievances and injustices thrown up particularly by the recently held congresses of the party in the state.
The Professor of Political Science of the university said no group of party faithful, including former leaders in various local government areas of the state had perpetual right to position the party at any level against the popular will of the electorate.
As he puts it, “I am optimistic that the chairmen and councillors in the 23 local government areas of the state will set the ball of people-oriented development governance rolling for posterity”.
On quality leadership, he admonished the leaders at the third-tier of government to commence resourceful governance that would favour the people and promote peace, unity and development, stressing that their emergency did not call for amassing wealth to the detriment of the electorate.
Prof. Epelle, however, used the opportunity to commend Rivers State Independent Electoral Commission (RSIEC), for organising what he described as the freest, fairest and most credible polls, in the state.