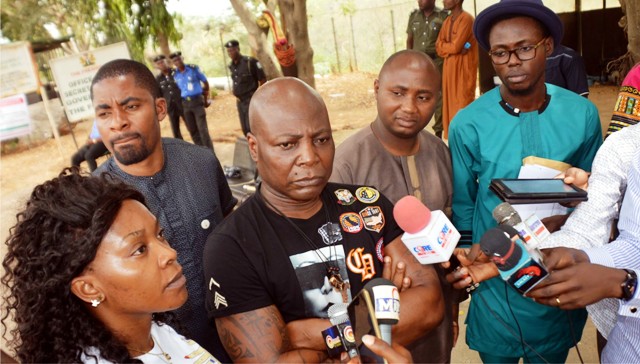 The Nigerian Air Force says it will establish a Special Operations Unit in Nasarawa State to curb the incessant security challenges in the state, especially along the border communities with Benue.
The Chief of Air Staff, Air Marshal Sadique Abubakar, disclosed this yesterday when he led other officers of the Air Force on a courtesy visit to Governor Umaru Al-Makura at Government House, Lafia.
Abubakar said the decision to establish the unit followed the threat analysis conducted by the Air Force in 2017, where it identified the fringes between Nasarawa and Benue states as requiring more security attention.
He said that the headquarters of the Tactical Air Command and several other units were located in Makurdi, Benue, hence the need to have the special operations unit in Nasarawa State.
“The Air Force has established 10 units across the country in the last two years, to add value to society and create an enabling environment for people to pursue their legitimate aspirations without fear.
“We are also looking at establishing another unit in Taraba. All is geared toward safeguarding the people and their livelihood,” Abubakar added.
He said that 150 personnel of the Special Forces currently undergoing training would be deployed to the unit to be established in Nasarawa State, while more would be deployed subsequently.
“The Special Forces that are about graduating from training on February 23 will be immediately deployed to Nasarawa State.
“And that is why we are here with all the specialist directors to ensure that the necessary infrastructure are put in place to facilitate their operations,” the chief of air staff said.
He said the Air Force would establish Helipads in other identified villages as well as embark on medical outreaches where the villagers would be given free medical attention as part of the Air Force Corporate Social Responsibility.
He said although the provision of infrastructure for the special forces unit was captured in the 2018 budget, the Air Force required support from the State Government in terms of land and other logistics to ensure the smooth take-off of the unit.
Abubakar assured the governor that the unit would add great value to the security architecture of the state and ensure adequate protection for the people.
Governor Umaru Al-Makura commended the chief of air staff for the feat recorded in the fight against insurgency in the North-East and other security challenges in the country.
Al-Makura expressed optimism that the presence of Air Force in the state would end the incessant skirmishes, especially along the border communities with Benue.
The governor said that the proposed free medical outreach would endear the people in the rural areas to the Air Force, as the approach would be reassuring of care and security.
He assured the chief of air staff that the State Government would give the Air Force all necessary support toward the immediate take-off of the unit.
He donated a new Toyota Hilux van to the Air Force to facilitate the operations of the unit.

Like Or Hate Me, I Remain Gov, Wike Tells Opposition