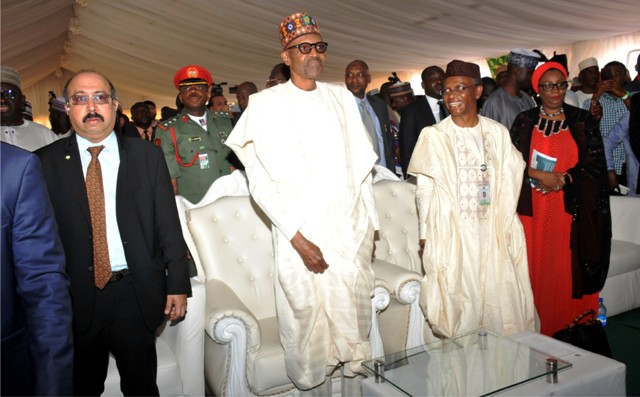 Borno
The Borno State Command of the Nigeria Security and Civil Defence Corps (NSCDC) says it has it arrested one  a former Local Education Authority Secretary, Bulama Bukar, over alleged fraud of N2.5 million.
The state Commandant, Mr Ibrahim Abdullahi, made the disclosure while presenting the suspect to the public last Monday in Maiduguri.
Abdullahi said the suspect allegedly collected various sums of money from 65 youths under the pretence of offering them teaching employment.
He said that the suspect was arrested along with three other accomplices on August 2.
He gave names of the other suspects as Bukar Muhammad, Sale Abdulhameed and Angili Sunday, all former staff of the Universal Basic Education Board (SUBEB), in Munguno Local Government Area of the state.

Gombe
The National Drugs Law Enforcement Agency (NDLEA) in Gombe State last Tuesday said its operatives arrested 14 farmers for cultivating Cannabis in two communities.
The Commandant of the agency in the state, Mr Aliyu Adole, told newsmen in Gombe that the farmers were arrested with 413.19 kilogrammes of Cannabis.
He said nine of them were arrested with 322.6 kg at Kulani village of Balanga Local Government Area of the State, while five were with 191.300 kg at Amkargu village of Taraba State.
He added that: we have been on farm raid in the past one month and we arrested 14 people with 413.19 kilogrammes of Cannabis from two villages; some farmers have hectares of Cannabis farms, while some plant in their backyards”.

FCT
Executive Secretary, Nigerian Christian Pilgrim Commission (NCPC), Rev. Tor Uja has said that the 2016 Christian Pilgrimage to Israel, Rome and Greece recorded no death, harassment and no police arrest.
Uja made this known when he inaugurated the security sub-committee for the 2017 pilgrimage to Israel, Rome and Greece in Abuja last Tuesday.
He said that the commission had well organised and structured security committee that helped in addressing the issues of security while on pilgrimage.
He said that Nigeria’s major challenge during pilgrimages was inadequate security and ineffective mechanism for screening, which had made it difficult to dictate people of questionable character.

Kaduna
The Kaduna State Police Command last Sunday confirmed that a director with the Kaduna State Ministry of Education that was abducted by suspected kidnappers had regained his freedom.
The Command’s Public Relations Officer, ASP Muktar Aliyu made the confirmation in an interview with newsmen in Kaduna.
He explained that the Director, who was released in the early hours of Sunday, had since reunited with his family.
He also disclosed that a nursing mother that was abducted along with the Director in the neighborhood, leaving her three-week-old baby, had also regained her freedom.
He however did not confirm whether ransom was paid or not.

Kano
For effective vector control, the Kano State Government has donated three fumigation machines to the State Refuse Management and Sanitation Board (REMASAB).
The Managing Director of the board, Mr Muhammad Adamu, who announced this, said the machines would be deployed for pests and mosquito control across the communities in the state using a variety of strategies.
“There will be a daily fumigation in eight local government areas which will start from Dala, Faggae, Nassarawa, Kano Municipal among others,” he said in a statement by the board’s Public Relations Officer, Malam Arabiyu Garba, last Tuesday.
Adamu said the exercise would involve fumigating houses, drainages, water channels and ponds where mosquitoes and rats breed.

Kebbi
The Kebbi State House of Assembly has been urged to ensure speedy passage of the Child Rights Bill to help curb the menace of street begging.
The Permanent Secretary of Ministry of Women Affairs and Social Development, Hajiya Halima Dikko made the call in an interview with newsmen last Tuesday in Birnin Kebbi.
Dikko said the Ministry was waiting for the House to pass the bill for the governor to eventually assent to it.
She explained that the state government was confident that implementation of the law would help keep children off the streets.
“With the passage of the bill, we can then enforce rights of children and stop them from streets begging,’’ she said.

Kwara
The University of Ilorin (Unilorin) last Monday commenced  the University Tertiary Matriculation Examination (UTME) screening for no fewer than  64,000 candidates seeking admissions there for the 2017/2018 academic session.
The Deputy Director, Corporate Affairs Department of the University, Mr Kunle Akogun, told newsmen  in Ilorin that 104,000 candidates applied for the screening.
He said that only 11,000 successful candidates would be admitted into the various programmes of the institution after the exercise based on its capacity.
Akogun told our corrrespondent that the university’s cut-off mark had been pegged at 180 as the minimum.
He said that every department was expected to come up with its own cut-off mark.

Lagos
The Lagos State Police Command would soon establish Divisional Intelligence Offices at police stations across the state to handle information provided by members of the public.
The Commissioner of Police, Edgal Imohimi told a Stakeholders Security Meeting in Ikeja last Tuesday that the units would be set up to aid community policing in the state.
“Every police officer will now have a pocket notebook to jot down information given to him/her by members of the public while on duty.
“This information will be forwarded to the Divisional Information Officer at the end of the day for thorough processing”, the police boss said.

Niger
Niger State government last Tuesday pledged to rehabilitate some infrastructures within the Police Training School in Minna, the state capital.
Governor Abubakar Bello gave the pledge when he visited the school to inspect facilities available for trainees.
A statement by the Chief Press Secretary to Bello, Malam Jibrin Ndace, disclosed that the state government would intervene in the areas of befitting accommodation and provision of potable water.
Bello said that the present administration would continue to provide necessary support to security agencies operating in the state to enable them carry out their constitutional responsibility of securing lives and property.

Ondo
Ondo State indigenes have commended the Vice President, Yemi Osinbajo for attending the stakeholders’ town hall meeting organised for the Ondo State Niger Delta communities.
Some of them, who spoke with newsmen at the venue of the town hall meeting last Tuesday in Igbokoda expressed optimism that the meeting would yield expected outcome.
Reports indicate that the ongoing meeting was scheduled to hold from September 7 to 14.
The gubernatorial candidate of Alliance for Democracy (AD) in the November 2016 governorship election Mr Olusola Oke, said it was a welcome development that he was visiting the state.
Oke noted that the meeting would provide avenue for the vice president to know the plight of the people of the oil producing area.
“I am aware he visited other parts of the Niger Delta. He will hear directly from the people because in the past, it has always been through representations”, expressed.

Osun
An Iyaganku Chief Magistrates’ Court in Ibadan last  Monday remanded a 42-year-old man, Sofiu Yahaya, in Agodi prison over alleged attempt to kill his wife by bathing her with acid.
The Chief Magistrate, Mrs Modinat Akanni who gave the order said the accused should remain behind bars pending advice from the State Directorate of Public Prosecutions (DPP).
She directed that the file should be duplicated and a copy sent to the DPP for advice.
Yahaya, who lives at Oritamerin area of Ibadan, was arraigned on charge of attempted murder.
According to the Police Prosecutor, Insp. Sunday Fatola, Yahaya had attempted to kill his wife, Fatimo, 27, by pouring acid all over her body.
Fatola said the accused committed the offence on August 24 at 4.00 p.m. at Oritamerin, Ibadan.

Plateau
The Plateau State House of Assembly has urged the state government and security agencies to fish out the perpetrators of the September 8 attack in Ncha village in Bassa Local Government Area.
The legislators in their first reaction to the violence that claimed 21 lives and left several others injured, condemned the attack, saying that fishing out its perpetrators and prosecuting them would guard against a recurrence.
Our correspondent reports that the call followed a motion presented by Mr Simon Kudu (PDP, Rukuba/Irigwe).
Kudu described the attack as “devastating”, saying that several lives, houses and farmlands were destroyed.
He said that the attack was particularly shocking because Plateau had enjoyed relative peace “for quite some time now”.
“I want to call on government and security agencies to fish out the culprits and bring them to book so as to serve as deterrent to others”, the lawmaker said.