Connect with us
Photo: Shutterstock 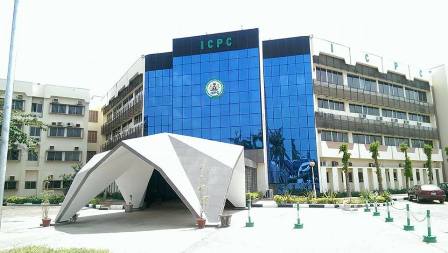 The agency, he added, also found over N2.5billion diverted by a deceased worker with the ministry of agriculture, noting that 18 buildings, 12 business premises and 25 plots of land, were also recovered in the ministry.

Owasanoye disclosed this in Abuja on Monday at the second National Summit on Diminishing Corruption in the Public Sector, which was organised in collaboration with the Office of the Secretary of the Government of the Federation.

The summit with the theme, “Together against corruption”, also included the launch of the National Ethics and Integrity Policy.

He said under the Open Treasury Portal review carried out between January and August 15, 2020, 72 out of 268 ministries, departments and agencies had cumulative infractions of N90million.

According to him, while 33 MDAs explained that N4.1billion was transferred to sub-Treasury Single Account, N4.2billion paid to individuals had no satisfactory explanations.

He stated, “We observed that transfers to sub-TSA were to prevent disbursement from being monitored. Nevertheless, we discovered payments to some federal colleges for school feeding in the sum of N2.67billion during lockdown when the children are not in school, and some of the money ended up in personal accounts.”

The ICPC chairman also said under its 2020 constituency and executive projects tracking initiative, 722 projects with a threshold of N100million (490 ZIP and 232 executive) were tracked across 16 states.

He noted that the constituency tracking project of the agency compelled 59 contractors to return to sites, adding that the individuals handling the projects worth N2.25billion had abandoned the projects before the ICPC’s intervention.

President Muhammadu Buhari said his regime would not relent in its efforts to eradicate corruption in the country.

He reiterated his position that if corruption was not eradicated, the menace would kill the country.

Buhari spoke at the second national summit of the ICPC and the inauguration of the National Ethics and Integrity Policy to mark the commission’s 20th and Nigeria’s 60th Independence anniversaries.

Meanwhile, the Ministry of Humanitarian Affairs, Disaster Management and Social Development has dissociated itself from reports that N2.67billion meant for the feeding of schoolchildren during the lockdown was diverted to private accounts.

In a statement issued on Monday night by the Special Assistant on Media to the Minister, Nneka Anibeze, stated that the statement by the Independent Corrupt Practices and Other Related Offences Commission on the said funds was twisted and misinterpreted.

“The Ministry of Humanitarian Affairs, Disaster Management and Social Development hereby informs the public that the Federal Government colleges school feeding in question is different from the Home Grown School Feeding which is one of its Social Investment Programmes,” it said in the statement.

It stated that the school feeding under scrutiny was the feeding of students in Federal Government colleges across the country.

“It is not under the Federal Ministry of Humanitarian Affairs which only oversees Home Grown School Feeding for children in Primaries one to three in select public schools across the country,” the ministry argued.

It explained that the over N2.5billion which was reportedly misappropriated by a senior civil servant took place in a different ministry and not the Ministry of Humanitarian Affairs, Disaster Management and Social Development. 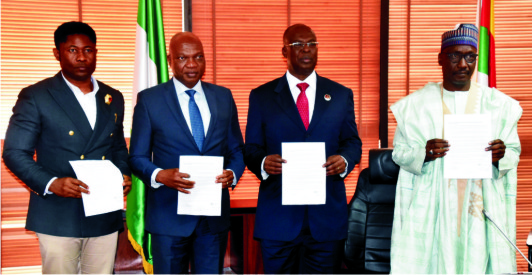 The minister, however, clarified that the new PIB draft sought to commercialise and not to scrap the NNPC.

“We’ve heard so much noise about NNPC being scrapped, but that is not being envisaged by the bill at all.

“NNPC will not be scrapped but commercialised in line with deregulation moves being made across all the streams in the sector comprising upstream, downstream and midstream.

“We have said that NNPC will be commercialised.

“But if you are talking about transforming the industry, the only new thing that we are introducing is the development of the midstream, which is the pipeline sector.

“So, we have provided robustly for the growth of the midstream sector.

“Through commercialisation, the required competitiveness in the sector will be achieved,” he said.

Sylva said that the host communities would also have the best deal from the bill.

According to him, via the PIB, the industry will be transformed, and the Petroleum Equalisation Fund (PEF) and the Petroleum Products Pricing Regulatory Agency (PPPRA) will not exist in the same form that they exist currently.

“But I do not want to go into the details of the bill until it is read on the floor of the Senate,” he said. 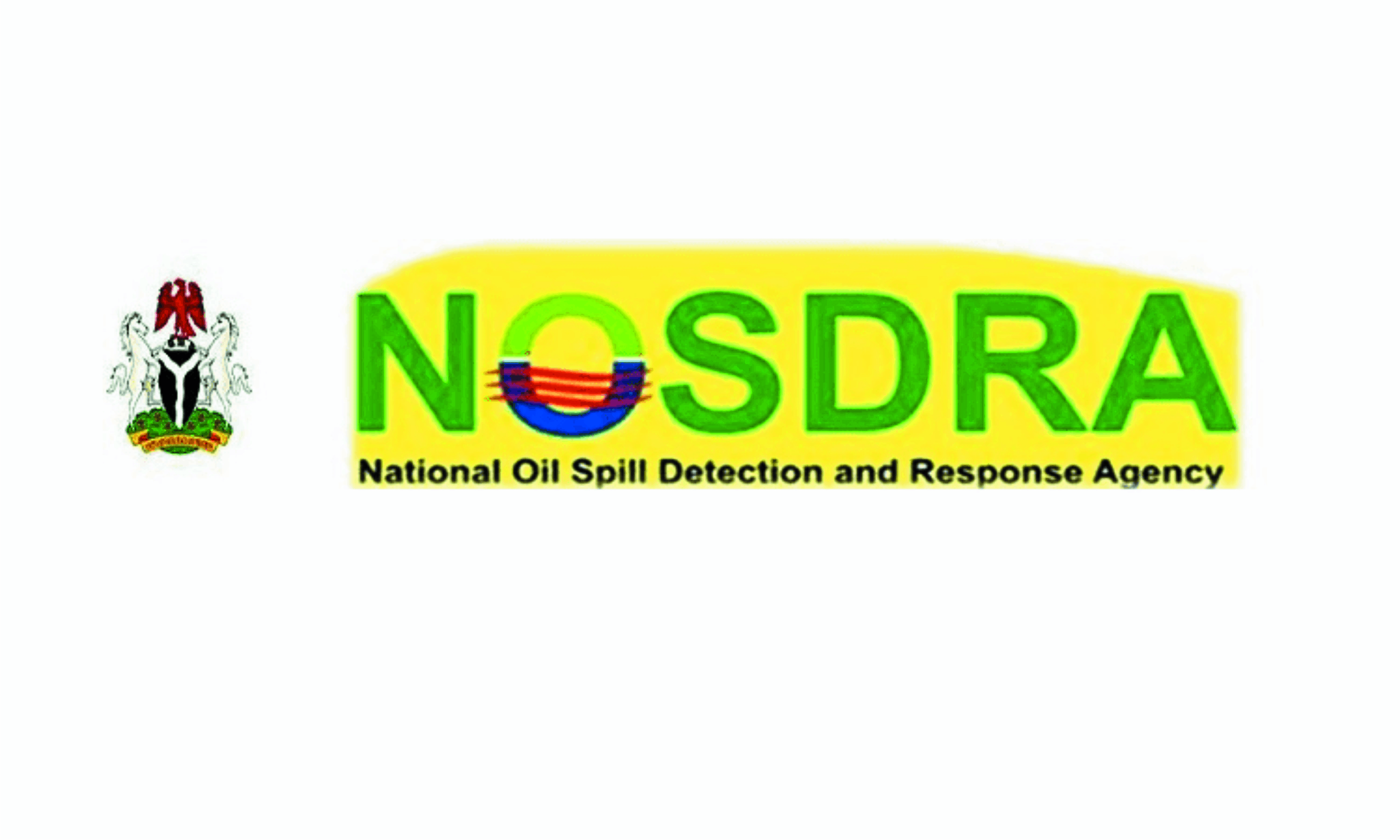 Some oil and gas companies operating in the Niger Delta spilled 3,346.94 barrels of crude oil, an equivalent of 532,078 litres, in eight months, from January to August 2020, according to data contained in the National Oil Spill Detection Response Agency (NOSDRA) report.

The agency established by the National Assembly of the Federal Republic of Nigeria Act of 2006 as an institutional framework to co-ordinate the implementation of the National Oil Spill Contingency Plan (NOSCP) for Nigeria, regularly embarks on Joint Investigation Visits (JIVs) and ensures the remediation of impacted sites.

In an interview, an internationally-renowned Environmental Scientist, Explorer and Educator, Prof. Hilary Inyang, who has led many environmental expeditions globally, said: “It would cost between $1million and $30million to clean up one spill incident, depending on some factors, including location and size of contaminated site.

“It is expected that clean up would cost more in the Niger Delta because most of the spills take place in the swamp not on land. It is not about going to the various locations to clean surface oil. It would cost much money to get to the contaminated sites, engage with communities, do fencing, investigation, hire or procure equipment, technology, recruit and train personnel, carry out the exercise as well as do demobilisation and remediation.”

Specifically, with 66 spill incidents involved in the first eight months of 2020, it was gathered that it would cost at least $66million to clean-up the spills, which translates to N25trillion at the current Exchange rate of N380 per dollar.

Nevertheless, investigations indicate that the outbreak of Coronavirus pandemic has slowed down the pace of clean-up and related activities.

In its latest Oil Spill Data, which attributed many of the incidents to vandalism and oil theft, NOSDRA stated: “In order to ensure that the individuals involved in the remediation of oil spills are not put at risk of Covid-19 infection, SPDC, after due consultation with relevant government regulators is currently restricting its oil spill response activities to only those sites where containment and recovery of oil from new releases is required.

“At sites where containment and recovery has been achieved, but remediation of residual oil impact has not yet been completed, activities have been suspended for the safety of workers and community members. This approach will be reviewed on a regular basis and in consideration of advice from Nigerian and international health officials.”

Explaining the damage of oil spills to the Nigerian economy and the environment, Programme Coordinator of the Nigeria Natural Resource Charter (NNRC), Ms. Tengi George-Ikoli, disclosed that the Niger Delta is currently suffering from poor response to oil spill and lack of capacity of government’s agencies to tackle environmental issues.

She warned that unless issues of environment protection are taken seriously, the Niger Delta might suffer immense negative consequences and abandonment when global attention shifts away from fossil fuel.

This, she added, had negatively affected the health, environment and livelihoods of the Niger Delta people.

George-Ikoli, also lamented that NOSDRA, the agency set up to address some of the grave consequences of oil exploitation, who is also mandated to respond to oil spills, was currently hampered by an almost debilitating lack of capacity.

She further stated that there is currently poor response to oil spills because of NOSDRA’s lack of capacity, adding, however, that the capacity gaps in NOSDRA were not due to a lack of expertise but instead lack of funding and punitive powers.

Also speaking, a Lecturer in Environmental Management and Pollution Control, Nigeria Maritime University, Okerenkoko, Delta State, Dr Sam Kabari, stated that the country needed a NOSDRA which functions as an environmental regulator in the issuance of guidelines and standards and able to address all manner of spills, noting that at the moment, NOSDRA can only detect oil spills but cannot respond.