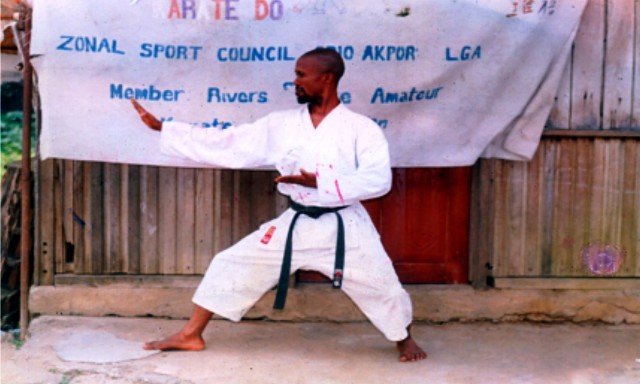 The newly-elected President of Nigeria Taekwondo Federation (NTF), Margaret Binga, has promised that her leadership would focus on the discovery of talents and better welfare for athletes.
Binga told newsmen in Abuja that her board would make deliberate efforts geared towards winning medals at all competitions.
She said this was because there were lots of talents at the grassroots level for the sport but they have not had the opportunity to showcase their talent.
“We will make sure that we organise competitions across the 36 states of the federation and the FCT so that the country can have the best athletes for international events.
“Over 90 per cent of members in the new board are athletes or former athletes. We know where the shoe pinches and we will ensure better days for the athletes so that the country can get more relevance in the game.
“We will also make sure we organise at least an NTF competition in each state of the country during our four-year tenure.
“This will give us the chance to get the best athletes and increase our medals in international events,” Binga said.
The federation president also said she would ensure the development of a data base for taekwondo athletes in the country.
“Our board will also develop a data base for taekwondo athletes in the country, so that we can follow their progression in the game and identify where there are gaps among the groups.
“That will help in planning for various local and international competitions, which is one of the major objectives of the federation.”
She also said there would be mixed-gender competitions, aimed at ensuring that the country raises athletes for the 2020 Tokyo Olympic Games.
Binga was emphatic in stating that she harbours no fears of not being able to operate effectively in the male-dominated NTF board.
“I have no fears. My sights are focused on the set-out goals. All other things are distractions and irrelevant.
“Since the board members key into the vision I have, and the media are supporting our efforts, we can achieve a lot,” she said.
Tidesports source gathered that Binga was elected as president of the federation at the 2017 National Sports Federations Election on Tuesday in Abuja.
Binga, a serving officer in the Nigeria Customs Service, is the first female President of the federation.
Speaking also at a media interactive session, 2008 Olympics taekwondo bronze medallist Chika Chukwumerije said there was need for taekwondo to start developing itself beyond government funding.
“With adequate publicity, taekwondo can generate some fund for itself and people will come and pay some token to watch, learn and enjoy the game,” he said.
Chukwumerije, who is the newly-elected athletes’ representative on the NTF board, said many people get attracted whenever they come around.
“After watching the game, they always get fascinated and will be willing to pay something to see the game develop in Nigeria,’’ he said.

We Will Bring Policies To Develop Basketball – NBBF President

‘We Played Against All Odds In Minna’