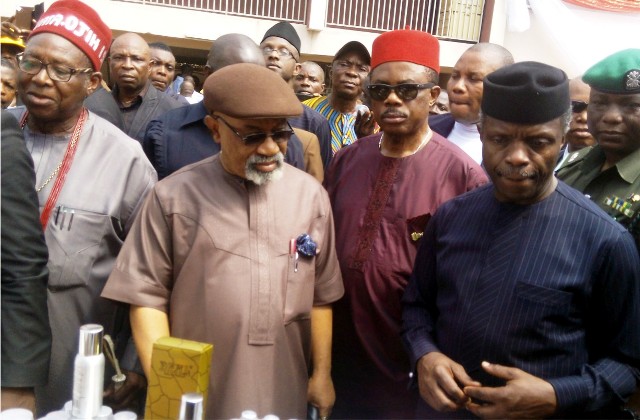 An inferno, last Wednesday night, razed down a filling station, 15 vehicles and some nearby buildings along the Upper New Market Road, Onitsha, destroying property worth millions of naira, the Police has confirmed.
The Police Public Relations Officer in Anambra State, ASP Nkeiruka Nwode, and Dr Paul Odenigbo, the Executive Director of the state Emergency Management Agency (SEMA), confirmed the incident to newsmen in Onitsha, on Thursday.
Nwode said that, three suspected hoodlums were arrested last night during the operation to extinguish the fire.
“We only have five houses burnt; we have like 15 vehicles burnt and five Keke Napep and I want to thank the Almighty God that there was no life lost.
“We only had some people with injuries who were taken to the hospital as at the time we were here last night.”
Nwode said that some shanty houses around fuelled the fire and advised the people to desist from engaging in activities that heighten disasters.
“I really want to advice the public that they should help the government to help them.
“Some of these shanty houses around; some of these attachments ignited the fire the more,” she said.
On his part, Odenigbo, said that the fire service responded promptly, adding that fire-fighters were called in from Asaba to assist those from Onitsha and Okpoko when they exhausted their water.
“The incident happened about 8 p.m. when the tanker coming from Awka road, Onitsha, was negotiating the DMGS roundabout and lost control inside the Mobil Filling Station.
“One of the fuel dispensers later caught fire which spread down the road, destroying vehicles and buildings,” he said.
According to him, 13 houses, 10 vehicles, three tricycles and three filling stations — Mobil, MRS and Total were affected.
Meanwhile, an eyewitness told  The Tide reporter  that the fire started at about 8 p.m. when an articulated vehicle laden with fuel, fell inside Mobil filling station by DMGS Roundabout.
The eyewitness said that fuel from the tanker flowed down the road through the drain, spreading the fire.
The source said that the inferno affected parts of a popular building known as ‘Kamo Plaza’, where two banks have their offices, but caused minimal damages.
Mrs Chinelo Onyeuna, a victim and Manager of Bencash Investment Nig. Ltd., a company that deals on electronics and furniture, said she lost goods worth N100 million to the fire.