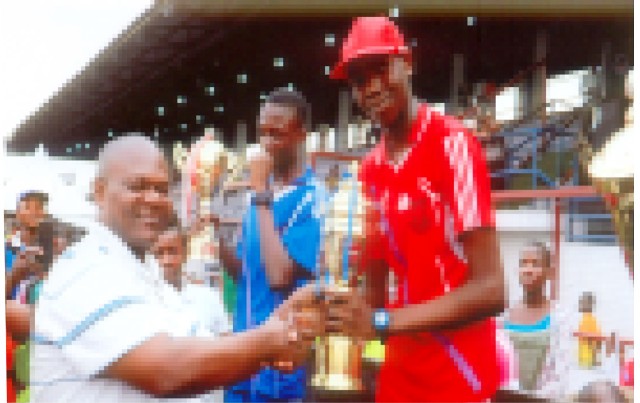 Red House has emerged winners of the second edition of First Baptist Academy (FBA) in Port Harcourt with a total point of 139, which was held on Friday, at Sharks Football Stadium, in Port Harcourt.
Speaking at the occasion the Chairman of the School management Board, Alapuye Cotterell commended the academic and non-academic staff of the school for bringing up the children with excellence academic background, high moral standard and the fear of God.
According to him, FBA is now rated as one of the best schools in Rivers State, occasioned by the performance of pupils and students, and which teachers are core professionals that hold the teaching ethics and conduct to high esteem.
“I have no doubt that First Baptist Academy is rated as one of the best schools in the state. This is because the pupils and students are doing well both in academics and moral conduct. The teachers are professionals and well trained in all ramifications. Cotterell said.
Alapuye Cotterell who is also the Chairman of the occasion lauded the matching parade by various houses.
“I was actually excited when I saw the students match like para-military men because their legs and hands moving simultaneously and accordingly”, he stated.
Also speaking the Principal of FBA, Rev. Lauretta Ibieneye described Sports as a key  to human development, adding that it was in that premise that Federal Ministry of Education in line with National Policy of Education ensured that sports is included in the curriculum.
Rev. Ibieneye used the forum to appeal to the government through the Commissioner of Sports to provide sports equipment for both private and public schools, saying that this would awake the hidden talents of students.
She further thanked parents and other invited guests for their attendance.
At the end of the competition, Pink House came up second with 123 points, third position goes to Blue House with 114 points, while fourth and fifth positions go to Green and Yellow House, with 113 and 89 points respectively.
In the match-pass event, Blue House came first followed by Pink and Green Houses.