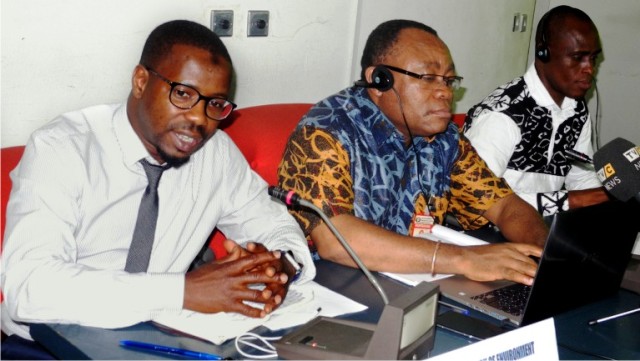 The Rivers State House
of Assembly has promised to enact more laws to address all environmental issues affecting the state.
Speaker of the Assembly Rt. Hon Dabotorudima Adams said this at a two-day training for Rivers State Legislators on Best Practices for Mechanism for Natural Resources organised by the Centre for Environmental, Human Rights and Development (CEHRD) in conjunction with Amnesty International in Port Harcourt.
Rt. Hon. Adams said the training was apt and timely, adding that it would afford the legislators the opportunity to improve on laws that will protect the environment from degradation.
Meanwhile, the forum has blamed oil multinationals for contributing to the destruction of the environment through the climate change phenomenon.
A communiqué made available to newsmen at the end of the training also observed that pollution caused by the activities of oil companies has been associated with divers health, socio-economic and political conditions for the government as the country depends on the oil industry for the bulk of her foreign exchange.
According to the communiqué, “participants noted that under the Land Use Act, land and its resources including mineral resources like oil and gas belong to the Federal Government. “The Federal government is also an interested party in the business, serving as Joint Venture Partner with some of the international oil companies.
“The implication of this is that, government is a co-liability owner towards protecting the environment from oil pollution. The net result is a lack of political will to compel or sufficiently punish non compliance with environmental policies”, it said.
While regretting the non passage of the Petroleum Industry Bill (PIB), five years after it was introduced into the National Assembly, participants also observed that the nature of the federal structure and national laws have made it “extremely hard for state legislatures to carry out oversight functions in terms of holding the IOCs to respect local environmental law and apply international best standard practices.”
It frowned at the skewed nature of resource ownership which has excluded the Niger Delta oil bearing communities and led to a regime of lack of accountability by the oil companies.