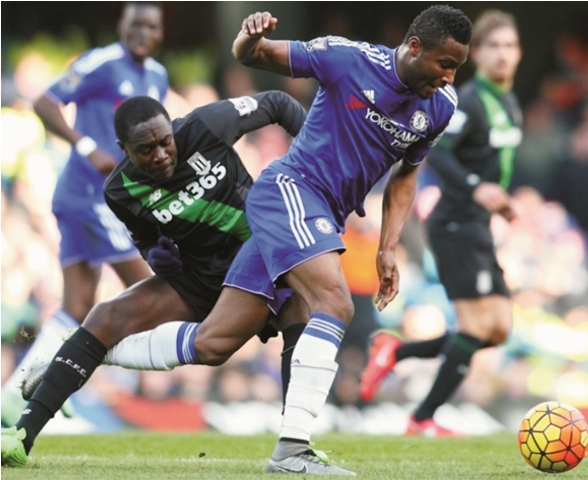 The Nigeria Football Federation (NFF) is set to announce  a short list of candidates for the vacant position of Super Eagles coach on Friday.
However, the NFF technical and development committee has set a deadline of today for interested candidates to apply for the position.
Chairman of the committee, Chris Green, said that  applications are invited from all persons who feel they are qualified for the position, as the three–time African champions get set to begin preparations for an interesting 2018 FIFA World Cup qualifying race against Algeria, Cameroon and Zambia.
“We encourage applications from all highly–qualified persons, whether they be Nigerians or expatriates. Applications are welcome until Wednesday, and the Technical and Development Committee will meet on Friday to look through all applications and release a short-list,” Green stated.
The Super Eagles are away to Zambia’s Chipolopolo on Matchday 1 (October 3) and will then host the Fennecs of Algeria on November 7.
They will then host Cameroon’s Indomitable Lions on August 28, 2017 and visit the Lions five days later, before hosting Zambia a month after and then rounding off the series by visiting Algeria on November 7, 2017.
Algeria beat Nigeria home and away in the qualifying series for the 1982 World Cup in Spain, but Nigeria returned the compliment in the qualifying series for the 2006 World Cup in Germany.
Nigeria threw Cameroon out of the race for the 1970 World Cup finals, but then lost to the Lions in the race to the 1990 World Cup finals. Cameroon also beat Nigeria in three Africa Cup of Nations final matches (1984, 1988, 2000), but the Super Eagles eliminated then holders Cameroon in the Cup of Nations quarter finals in 2004, beat the Lions to the LG Cup title and whiplashed the neighbours 3-0 in a friendly in Belgium in October last year.
Zambia pipped Nigeria over two legs in the last hurdle to the 1986 Africa Cup of Nations finals, but the Super Eagles stopped the Zambians at the semi final stage of the 1990 finals in Algeria, edged the Chipolopolo in the final of the 1994 championship in Tunisia, and also pipped the southern Africans in the quarter –finals of the 1992 and 2010 championships.

‘Wikki Tourists Can Win A Double’