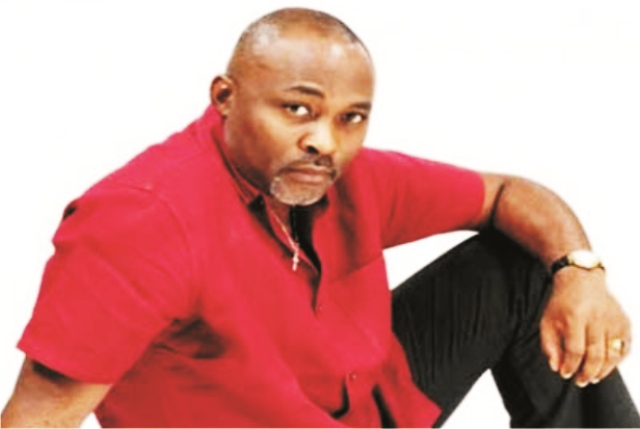 At 7.24am on Saturday, January 16, 2016, I received a text message from the ever ebullient Dagogo “Dag” Josiah informing me that King Sonny Brown was billed for burial at Finima that day. I was taken aback not because he was dead but because of the facts that: (1) it virtually coincided with the memorial of Rex Lawson’s death, which is uncanny (2) I hadn’t heard of his demise and (3) the burial was billed for the same day 1 had the phone call at Finima in Bonny Local Government Area. For those of us from what is referred to as “upland” in Rivers State, travelling to Bonny requires psychologizing oneself for a sea journey and the brevity of notice did not help matters either, especially in view of my being a teacher, you know what I mean. So, I lounged around at home all day reminiscing on the King Sonny Brown I knew.
King Sonny Brown and I first met in January 1970 at the erstwhile Afro Bamboo, No 35 Aggrey Road, Port Harcourt at the end of the civil war; news had filtered out that he needed a bass guitarist because he was planning to quit Rex Lawson’s band and go solo. Ace drummer, Idua “Tammy Evans” Papamie (obm), arranged what I considered a wary auditioning due to the then extant silentfissure between highlife musicians and rock artistes. Following this artistic get-together, I rehearsed with Sony Brown’s band at its embryonic stages before Tammy and I co-founded the Blackstones Band. Irrespective of our parting, Brown and I remained very close and I attribute that to some similarities in our personalities such as behavioral and attitudinal dispositions. When I wrote “Song for Unsung Sons of Songs” (The Tide Newspaper) in which I discussed Brown’s musical career and that of Erasmus Jenewari and George Iboroma, King Sonny Brown profusely expressed appreciation, his characteristic taciturnity, which is a reflection of shyness, notwithstanding. Yes, Sony was very shy; perhaps that explains his gentility and simplicity.
A major occurrence that has remained indelible on my mind in my relationship with Brown was the fact that he and I had a conversation with Rex Lawson before Rex embarked on Journey to Warti on that fateful day in January 1971, which ended Rex’s life.
The next time Brown and I saw Rex was at the Port Harcourt City Council Hall where Rex was laid in state; Rex was discolored and bereft of his characteristic cheeriness for he was dead. The legendary Governor of old Rivers State, Alfred Diete-Spiff, had directed a State burial for Rex and the creme de fa creme of the State and every musician of repute from the State were there; many also came from outside the State. While the mourners paused and paid their last respect as they slowly marched past the casket and walked away in a pensive mood, a visibly devastated Sonny Brown sat at a corner of the hall that day in palpable distress and disbelief. I understood his mood: Rex had sheltered him, George Iboroma, David Bull, Boma Bonny, Chike Charles and other highlife musicians from the State during the civil war; and though they had individually set off on their own, they had always remained very close. Like members of one big family, they continued to join one another at their shows, thereby painting a perceptible portrait of partnership in camatader, Now, the body of the patriarch and pivot of that family of voices was lying lifeless, gone forever. I could not offer Brown a penny for his thoughts for I knew how he felt; we all shared the pains of the loss but Brown’s was obviously deeper: Rex bequeathed him a giant shoe, which he wondered if his feeble feet could fill.
King Sonny Brown will be remembered for many melodious tunes, .major amongst which is “Pinoyibo.” Delivered in Ijaw, the bluesy rhythmic pattern of the song made it a smash hit of the highlife genre in the sixties, irrespective of the fact that majority of his audience did not understand the Ijaw language; the song heralded Sonny Brown as a major player in the field of highlife music. As a crowd puller, “Pinoyibo” was placed at par with Osita Osadebe’s “One Pound No Balance,” Rex Lawson’s “So Ala Temem,” Erasmus Jenewari’s “Opa Iwariso” and other slow tunes that enable couples hold each other closely and nibble on ears as they whisper amorous endearments on the dance floor. While Brown may not have been as prolific as Lawson, Osadebe, Victor Uwaifo, Celestine Ukwu and rnany other highlife musicians of that epoch, he was a dexterous trumpeter and consummate band leader who maintained an  indisputable presence and  resilience on the scene. Brown was timeless both in his music and as a person; he was also very gentle and humble.
I join millions of people across the world who were privileged to witness the evolution of the highlife genre of music, from its pristine stages to the heavily influenced present stage, in celebrating the living legends of Victor Olaiya, Victor Uwaifo etc and commemorating  the departed creative souls of Bobby Benson, Rex Lawson, Celestine Ukwu, Bill Friday, Fela Anikulapo-Kuti, Joe Nez, Osita Osadebe, Inyang Henshaw, Kingsley Bassey, Roy Chicago, David Bull, Sonny Brown  and others  who must be spawning melodious musical  waves  in another dimension wherever that may be.