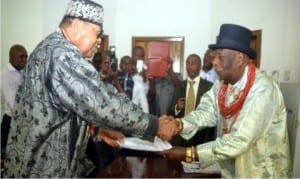 The Committee to Protect Journalists (CPJ), yesterday condemned an attack on two journalists resulting into serious injuries at the grounds of the Nigerian Customs Service offices at the Seme border in Badagry, Lagos State.
CPJ said in a statement that Yomi Olomofe, and McDominic Nkpemenyie, of The Tide Newspaper, were assaulted by a group claiming to be smugglers on June 25, at the premises of NCS in Seme border.
Olomofe told CPJ that the attackers threatened to kill them to serve as a deterrent to other journalists whom they said had written negative stories about them.
According to CPJ, Olomofe was beaten, left in a coma and suffered serious injuries to his face while Nkpemenyie’s eyes were damaged in the attack, leaving him unable to see properly.
However, the two journalists were still said to be receiving medical treatment.
“We are appalled by the brutal beating of two journalists in full view of Nigerian customs officials.
“We call on President Muhammadu Buhari’s administration to hold the attackers and their sponsors to account.
We also challenge government to ensure the wellbeing of Yomi Olomofe and McDominic Nkpemenyie, who remain in fear of their safety,’’Peter Nkanga, CPJ’s West Africa representative said.
The statement pointed out that customs officers at Seme on the Nigeria-Benin border in Lagos state had invited the journalists to their offices after Nkpemenyie sent questions via text to Mohammed Ndalati, Head of Customs at the border crossing.
He sent the questions about allegations that customs officials were involved in smuggling.
When Nkpemenyie left the office after the meeting, about 15 attackers reportedly started to hit and slap him.
CPJ said that the attackers took the journalist’s camera and a folder containing N20, 000 about 100 dollars and stopped only when he ran toward Ndalati.
The second journalist, Olomofe told CPJ that when he heard Nkpemenyie was being attacked, he rushed outside, but the men started to beat him also.
He said that they tore his clothes, took his phone, and beat him with sticks and their fists until he passed out.
Meanwhile, Nkpemenyie was said to have been taken to the customs conference room where, CPJ said that officers told him that to prevent further attacks, he had to provide names of other journalists involved in his investigation.
Ndalati, who heads the committee of all security agencies at the border crossing, allegedly asked police and State Security Service officers to take Nkpemenyie to his house and, without a warrant, retrieve all documents linked to his investigation.
However, in a telephone call with CPJ, Ndalati was said to have denied any involvement in the attack, adding that he witnessed it but the attack was too rowdy for arrests to be made.
He said that he had asked police to take Nkpemenyie to his house for his own safety, but denied asking for the journalist’s documents to be seized.
Olomofe told CPJ that the journalists fear for their safety and that of their families because those involved in the attacks were close to where they lived.
The statement also pointed out that Olomofe had filed a complaint about the attack at the office of the Commissioner of Police in Lagos State, Kayode Aderanti,who in a telephone conversation with CPJ said he would follow up on the attack.
The press freedom watchdog noted that it did not get any response to phone calls and text messages sent to the Inspector General of Police, Solomon Arase,  media aides to Nigerian President Buhari. Garba Shehu and Femi Adesina,
Meanwhile, on June 3, CPJ wrote a letter to Buhari calling on him to take action and address the high rate of impunity in violence against journalists.
“Presidential media aides, Shehu and Adesina acknowledged receipt of the letter, but the government has yet to respond,’’ the statement said.