Senator Magnus Ngei Abe, Chairman Senate Committee on Petroleum Resources (Downstream) and Rivers South East Senatorial candidate on the platform of the All Progressives Congress, APC has said that his support for Dr. Dakuku Peterside, governorship candidate of the APC is total.
Abe who insists that Peterside remains the best governorship candidate for this election made the declaration  during APC rally Oyigbo Local Government Area of Rivers State.
“In Rivers State, we have made up our mind; our next governor is Dr. Dakuku Peterside. My name is Magnus Ngei Abe and I am supporting Dr. Dakuku Peterside one hundred per cent. That matter is settled and I have my reasons why I am supporting him.
“The first reason is that I know him. With Dr. Peterside, Rivers State is safe; the state will be in safe and competent hands. We have a governor we can talk to and he will listen to us because he is our friend and brother. Therefore, the issue of governorship in Rivers State is settled.
“Then there is also the issue of equity. We cannot have Rt. Hon. Chibuike Rotimi Amaechi as governor for eight years and then another Ikwerre man for another eight years. The name of this state is Rivers State; it belongs to all of us. “Power must move round. If it does not move round, it will not get to other people. We are going to use our votes to move power away from Ikwerre”.
“The third reason is that with Dr Peterside we are sure he will consolidate on the achievements of Gov. Chibuike Rotimi Amaechi. Other persons who are in this race will destroy all we have laboured to build these years because of ego, pride and selfishness”, he added.
Meanwhile, The Greater Together Campaign Organisation has condemned in strong terms the indiscriminate arrest and detention of members and supporters of the All Progressives Congress, APC, in Rivers State.
The organisation, which is campaigning for the governorship of Dr. Dakuku Adol Peterside, noted  the resort to undemocratic style in an election period by the Nigeria Police Force, a Federal security agency, that  should be  non-partisan.
In a statement in Port Harcourt  the organizations  Director of Communications, Mrs. Ibim Semenitari,  said the arrests and detention, were masterminded by the  Peoples Democratic Party,  to provoke members of APC into retaliatory actions under which the police would launch a broader clampdown.
“What is happening is  part of a ploy not only to intimidate APC members, but to also provoke them into retaliatory measures for which more clampdown will be launched by the already biased police”, the statement released in Port Harcourt read in part.
While it reiterated APC’s commitment to fair and issue-based campaign, the Greater Together Campaign Organisation berated PDP for being shy in selling its programs and manifesto to Rivers people.
“This attitude of PDP stems from the fact that it has nothing other than violence to propagate. We are worried that PDP is synonymous with violence and unfortunately, that it achieves in connivance with the police, a national institution serviced with the taxpayers’ money”, she said.
“The electorate in Rivers State is familiar with the hate sermons often preached by the PDP at its campaigns and rallies. Its style is alien to politics where a political party canvasses for votes by selling its unique product”, she added.
“In all of those, we find the police culpable as having compromised their apolitical role. We are, indeed concerned that rather than strengthen this national institution, PDP has compromised the Force placing it at its beck and call. At several fora, PDP members had threatened the peace of Rivers State, and had indeed, performed violent acts against APC supporters. Surprisingly, such PDP ‘untouchables’ walk the streets as free men. An example in hand is that of a former Chairman of Obio/Akpor local government who recently, accompanied by thugs, attacked an APC assembly inflicting deep machete cuts on members. Both the ex-Chairman and the attackers still walk freely, and may even be planning worse attacks on APC members. We are not aware the police invited them for questioning”, the APC Spokesperson said.
According to her, “In the face of these unpleasant moments in Rivers State, our stand is that the police should revert to their constitutional role of maintenance of law and order in an impartial manner. Their support for PDP aggravates the spate of attacks on APC members and supporters.
We hold this view that would this Force take its stand to serve all, the attacks will seize and ongoing campaigns in the state will be hitch-free”.
The Party urge the Inspector-General of Police to call his officers and men in Rivers State to order as their partisanship is creating worse violent situation which is at variance with democracy. 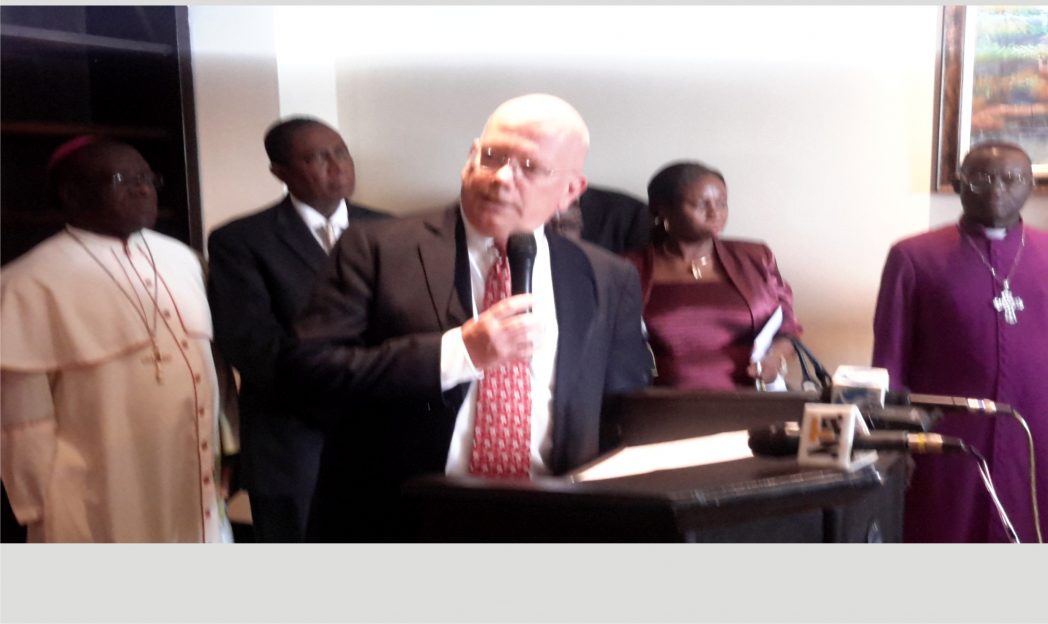