The All Progressives Congress (APC) has said President Goodluck Jonathan was only shedding crocodile tears with his lamentation over the fact that Nigeria has become more divided along religious and ethnic lines today than at any time in its history.
“Mr. President, there is no point being sanctimonious about an issue for which you bear the most responsibility. You are the most divisive leader in the history of Nigeria, having ceaselessly exploited the country’s fault lines for political gains,” the party said in a statement, yesterday, by its National Publicity Secretary, Alhaji Lai Mohammed.
It said President Jonathan is the first leader to have turned the house of worship to a political arena, using the pulpit to make political and policy statements and making a show of what should ordinarily be a very personal religious affair.
APC said the President’s belated lamentation is aimed at pulling the wool over the eyes of Nigerians with a view to extracting undeserved political gains, especially a few weeks before next month’s elections.
”Where was President Jonathan when his spokespersons and party members sought to pit Christians against Muslims by labelling the country’s main opposition party, the APC, as an Islamic Party? Where was President Jonathan when his spokespersons and party members sought to portray all adherents of a particular faith as terrorists? Not once did this President call his loquacious and sycophantic supporters to order when they were denigrating people of other tribes, calling them unprintable names. Not once did he call his supporters to order when they were threatening to bring the country down if he is not re-elected”, the statement added.
Meanwhile, the Special Assistant to President Goodluck Jonathan on New Media, Reno Omokri has reiterated that the presidential candidate of the Peoples Democratic Party (PDP) is miles ahead of the presidential candidate of the All Progressives Congress, General Muhammadu Buhari.
He stated that Nigerians should assess Jonathan and Buhari on what they did while in office, adding that comparing the achievements of the duo should guide the electorate during the presidential poll on 14th February.
In a series of tweets with the hashtag #GEJisit, Omokri compared the success recorded by the present administration of Jonathan and the 20 months reign of Buhari from 1983 till 1985.
He argued that within 20 months of his leadership, President Jonathan completed two power stations, built nine universities, gave scholarship to over 100 students and built 50 schools for almajiris among others, asking Buhari to tell Nigerians if he had similar success within his 20 months rule as the Head of State.
He also added that Jonathan has upheld the fundamental rights of Nigerians, including that of his critics; guaranteed freedom of the press and empowered women and youth, among others, unlike Buhari, who he accused of closing down newspaper houses and jailed journalists.
Also speaking, the Akwa Ibom State Governor, Mr. Godswill Akpabio, said the alleged missing money from the treasury has been shared by all the governors.
Akpabio, who is the chairman of the Peoples Democratic Party Governorship Forum, said this at the PDP presidential campaign rally holding in Lagos.
The governor said the alleged missing money was a propaganda tool created by the All Progressives Congress.
He said the money which was “about 55billion” was shared because of the needs of the people in their states.
He however did not say whether it was Naira or Dollars. 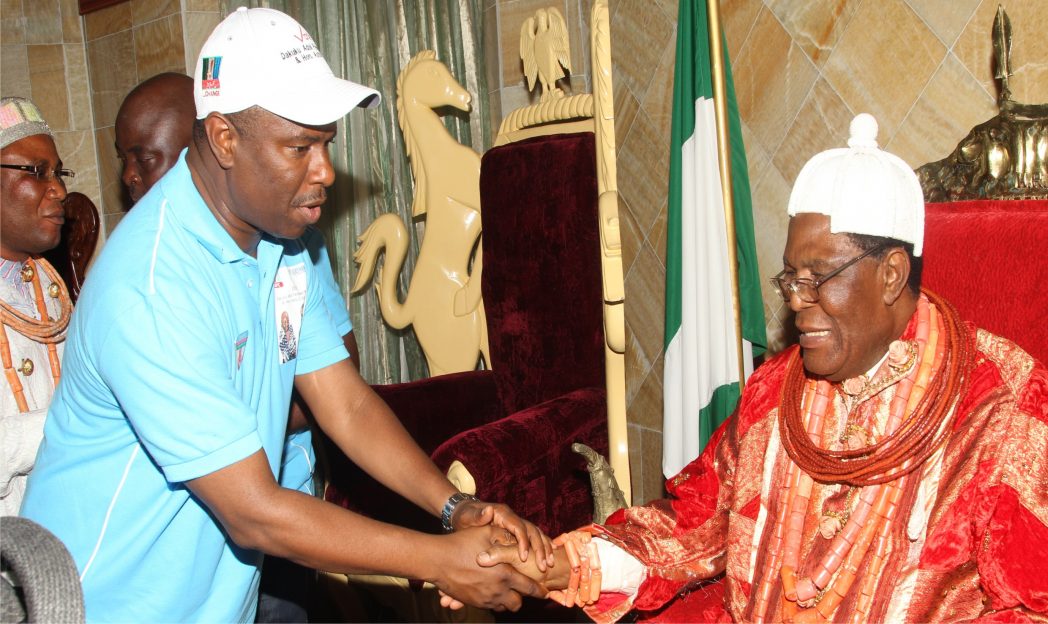