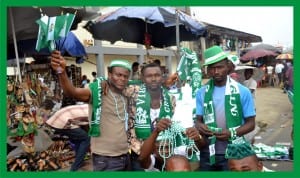 Proud to be Nigerians