The effort to
contain Ebola in Senegal is “a top priority emergency,” the World Health Organisation said Sunday, as the government continued tracing everyone who came in contact with a Guinean student who has tested positive for the deadly disease in the capital, Dakar.
Senegal faces an “urgent need” for support and supplies including hygiene kits and personal protective equipment for health workers, the WHO said in a statement Sunday.
“These needs will be met with the fastest possible speed,” the WHO said.
The U.N. health agency provided new information on the movements of the 21-year-old student in the city before he was diagnosed with Ebola.
Senegal confirmed that the student had tested positive for Ebola on Friday, making the country the fifth in West Africa to be affected by an outbreak that has killed more than 1,500 people.
The student showed up at a hospital in Dakar on Aug. 26 but did not reveal that he had been in contact with other Ebola victims, said Health Minister Awa Marie Coll Seck.
The next day, an epidemiological surveillance team in neighboring Guinea alerted Senegalese authorities that it had lost track of a person it was monitoring three weeks earlier, and that the person may have crossed into Senegal.
The student was tracked to the hospital in Dakar that same day and was immediately quarantined, and a test confirmed he had Ebola, Seck said.
In Sunday’s statement, the WHO said the student arrived in Dakar by road on Aug. 20 and was staying with relatives “in the outskirts of the city.”
It said that on Aug. 23, he went to a medical facility seeking treatment for fever, diarrhea and vomiting, all symptoms of Ebola.
He was treated for malaria, however, and continued to stay with his relatives before turning up at the Dakar hospital on Aug. 26.
“Though the investigation is in its early stages, he is not presently known to have traveled elsewhere,” said the WHO, which received its information from Senegal’s health ministry.
The presence of Ebola in Senegal, a tourist and transport hub, could complicate efforts to bring the outbreak under control. The country has already closed its land border with Guinea, where the outbreak originated, and barred air and sea travel from Sierra Leone and Liberia in an attempt to keep the disease out.
In Dakar on Sunday, at least one pharmacy was limiting purchases of hand sanitizer to one small bottle per person because of rising demand — underscoring fears that the number of cases in the city could soon multiply.
Senegalese authorities have isolated the house where the Guinean student was staying as well as the medical facility where he sought treatment prior to visiting the Dakar hospital.
There is no cure or licensed treatment for Ebola, so health workers can only provide supportive care to patients such as keeping them hydrated.
The Guinean student “is doing very well,” a doctor monitoring his case in Dakar said Sunday.
“This morning when I called the hospital, the doctor told me that the patient had no complaints and that his fever had disappeared,” said Dr. Gallaye Ka in an interview with the private radio station RFM.
Health care workers are especially vulnerable to infection. The WHO says 240 health workers have contracted the disease during the current outbreak and more than half of those have died.
In Sierra Leone on Sunday, officials said they had avoided a strike threatened by workers at an Ebola treatment center in the east of the country, the region hardest hit by the outbreak.
Protective equipment is being sent to the health workers and a “monthly incentive allowance” will be paid on Monday, health ministry spokesman Sidie Yahya Tunis told The Associated Press. 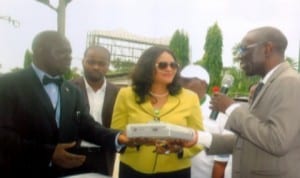 How Well Has Govt Checked The EVD Outbreak?