Some track and field ath
letes have expressed optimism to make the national standard as the Athletics Federation of Nigeria (AFN) Golden League ends on June 7 in Benin.
The trio of Precious Okoronkwo, Nkem Eziala  and Mercy Abiere as saying that their efforts would earn them the required grade.
They spoke with our correspondent in Lagos during their training at the Tesilm Balogun Stadium in Surulere.
The athletes added that they were looking forward to the final of the league which started in March in Abuja to know their fate.
Okoronkwo, 200m gold medalist from the events in Abuja and Akure, said that with his performance, nothing would separate him from the standard.
“I am going to Benin to seal my achievement in the league as I don’t aim at anything less than a gold medal,” he said.
Nkem Eziala, third place winner in the 100m in Abuja and Ilorin events, said that the Edo event would be a better outing for him.
“I went to the 3rd edition in Akure in bad mood because of the non-payment of our outstanding prize money.
“With the payment made by AFN, I am now in a mood to perform better in the next leg,” he said.
According to the 17-year-old sprinter, the Akure leg witnessed a low turnout of athletes unlike the previous editions.
“The more the athletes, the better for the league. It will bring about stiff competition which makes for better evaluation of athletes,” Eziala said.
Mercy Abiere, a long jumper, said that with two gold medals in her possession from Abuja and Ilorin events, that the coast was clear to make it to the national standard.
The AFN’s league is organised every two weeks in different states to harness talents for national assignments.
The winner of the first position earns N40, 000, second place N30, 000, while the third and fourth positions are to get N20, 000 and N15, 000 respectively. 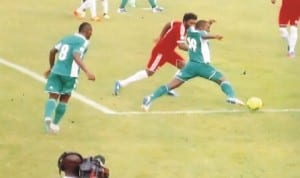