The Senate yesterday witnessed another round of rowdy session as five Peoples Democratic Party (PDP) Senators took the bull by the horns on the floor of the Senate.
The PDP Senators – Abubakar Bukola Saraki (Kwara Central), Magnus Abe, (Rivers South East), Abdullahi Adamu (Nasarawa West), Wilson Ake (Rivers West),and Aisha Jumai Al-Hassan openly declared for the All Progressives Congress (APC) on the floor of the upper chamber.
The open declaration for APC may have been informed by the refusal of the Senate President, David Mark, to read a letter signed by 11 PDP Senators informing the Senate of their defection to the APC.
It was apparent that the open declaration of the PDP lawmakers for the APC rattled Mark.  Each of  the defectors raised Point of Order to announce their defection to the opposition party.
Proceedings on the floor of the Senate were held up for over one hour as the defectors rose to insist on the enforcement of their privilege to associate freely.
Mark, however, relied on Senate Order 53(3) to rule the defectors out of Order. For Mark, the matter of defection of the Senators is in court and no reference shall be made to it according to Senate rule.
Senator Saraki, who led the group of defectors raised Order 14(a) which deals with privileges.
Order 14 (a) says: “Privileges are the rights enjoyed by the Senate collectively and the members of the Senate individually conferred by the Legislative Houses (Powers and Privileges) Act Cap 208 Laws of the Federation 1990 and other statutes, or by practice, precedent usage and custom.
Order 14(b) indicates that “Whenever a matter of privilege arises, it shall be taken up immediately.”
Saraki listed the names of PDP Senators who wrote the Senate to announce their defection to the APC.
Mark told Saraki that the matter he raised is currently pending in court and the Senate shall not make reference to it. He said that “privilege does not apply here because you were the person who went to court.”
Saraki responded that “Presently, under Privilege, I have informed the Senate that I have defected from the PDP to the APC and the matter in court is not about defection but the declaration of my seat vacant.”
Mark said that his interpretation of the issue in court is not that of declaration of seat vacant.
Mark said that his interpretation of the issue in court is not that of declaration of seat vacant.
Meanwhile, the defection drama in the House of Representatives was re-enacted yesterday as five members of the All Progressives Congress (APC) decamped to the Peoples Democratic Party (PDP).
However, the PDP also lost one member to the APC. This was after allegations of huge financial inducement from the Presidency hit the defecting members from the PDP.
The Reps’ defection letters were read out at plenary by the Speaker, Aminu Tambuwal.
Members from the APC who defected to PDP are – Honourable Lawan Shehu Bichi (Kano), Sani Ibrahim Doruwa (Zamfara), Ibrahim Shehu (Zamfara), Umar Bature (Sokoto) and Abdusalam Adamu (Kano). Isah Mohammed Ashiru, (PDP Kaduna State) defected to the APC.
Obviously, the current defection would no doubt affect the APC caucus claim to a majority in the House with PDP now having 178 members to APC’s 168.
Tambuwal, who announced the names of the defectors, said that, “I will read the letters communicated to me by my colleagues.”
But the Minority Leader, Femi Gbajabiamila, via a Point of Order had protested that the speaker was spending too much time reading the list of defectors. 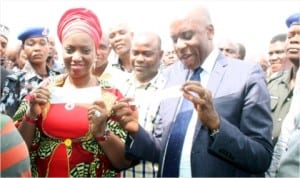