A cross section of residents of Port Harcourt, the Rivers State capital have expressed concern over the recent report on HIV/AIDS prevalence in the state, released by Integrated Behavioral and Biological Survey (IBBS).

A medical practitioner in Family Health, Dr Stanley Chukwuka, while expressing dismay, asked “where did they get that kind of report from?”

Dr Chukwuka said, “we in the medical field are surprised, because what we see in our clinics do not suggest such high prevalence.

He stated that it is worrisome that the Federal Ministry of Health would go to the press with such a disturbing report without first verifying with the state.

“We expect a decling rather than crease” explain that, “at worst there could be a slight increase but not to that level, people are beginning respond to the campaign on behaviour changes.”

Also in his reaction, a Port Harcourt-based legal practitioner, Mr Okpo Adoga, said an increase from 3.4 per cent to 15.2 per cent was alarming and stated that, “if that be the case, government, civil societies and the medical practitioners need to double their efforts in the fight against the disease.

Meanwhile, the Rivers State Agency for the Control of AIDS through its Executive Director, Dr Okey Chumezie, has out-rightly rejected the report released by the Federal Ministry of Health, describing it as “unacceptable and unrealistic.”

Dr Chumezie noted that the IBBS report which indicated an increase from 3.4 per cent in 2007 to 15.2 per cent representing a 350 per cent increase over a five-year period was “rather astronomical, questionable and unknown in West Africa.”

He called on the Federal Survey team, who were part of the investigations in the state and also had copies of the result, to review its procedures and computations in the Rivers State samples, or offer plausible explanation for the rise. 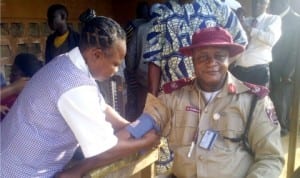