Federal Government and the Academic Staff Union of Universities (ASUU) last Wednesday in Abuja signed a resolution on the five-month-old strike at a meeting of both parties.

Briefing newsmen, the Supervising Minister of Education, Chief Nyesom Wike, said the meeting was called to sign the resolution on the agreements reached at the final negotiation between the Federal Government and ASUU.

ASUU had embarked on a nation-wide strike in July over what it described as the non- implementation of the 2009 FGN/ASUU Agreement.

The minister said, “today, I am very pleased to announce that all contending issues between ASUU and the Federal Government have been resolved to the satisfaction of the parties and appreciate ASUU’s patriotic role and determination to ensure that universities are well funded, resources provided and run like their counterparts in other parts of the world.

“We are all partners in progress and there is no victor, no vanquished in a struggle of this nature and our goal remains noble and targeted at moving our nation forward”, he said stressing that “as a responsible and responsive government, we have a duty to restore normalcy to the education sector so that our children can resume classes and purse their chosen careers.

“On behalf of the President, I wish to thank all well-meaning Nigerians, the National Assembly, Nigeria Labour Congress (NLC), traditional rulers, students and parents, among others, for demonstrating sufficient understanding,’’ he said.

ASUU president Nasir Fagge said the resolution that was signed was a response to a letter the union wrote to the President through the Supervising Minister of Education.

“This document contains everything we listed in a letter to Mr President; we will now forward the document to our members for further directives,’’ he said.

Fagge, who said that a National Executive Council meeting would be called within a week, noted that the signing of the resolution showed that government was committed.

He commended parents, students and Nigerians for their understanding and patience, stressing that the struggle was to ensure that government put the university system in order.

Four copies of the resolution were signed with the President of NLC, Ministry of Education, ASUU and the Presidency getting a signed copy.

The NLC President, Mr Abdulwaheed Omar; the Executive Secretary, National Universities Commission, Prof. Julius Okojie and the Vice Chancellors of some public universities were present at the meeting.

The Vice Chancellor of the University of Agriculture, Umudike, Prof. Maduebibisi Iwe, says the institution has applied for N10 billion take off grant from the Federal Government.
Iwe said this on Friday in Umuahia at a press conference organised to mark his 100 days in office.
He said the application was forwarded to the Federal Government through the Presidential Visitation Panel (PVP) during its recent visit to the institution.
He said the university had not received take-off grant since it was established in 1993.
He said, “We are still asking for take-off grant because we have not traced any document showing that the university got a take off-grant.
“The take-off grant shouldn’t have been less than N1 billion as at 1993/1994.”
He said the management,  in its presentation to the visitation panel jacked it up to N10 billion.
He also spoke on the fate of some staff members of the university, whose appointments were “suspended” in 2017 by the administration of late Prof. Francis Otunta.
He said that those whose appointment letters read “offer of appointment” were reinstated, while those on one-year temporary appointments were suspended, after they elapsed.
Iwe further said that the university did not demote any professor during the same period, as reported in a section of the media.
He said the university only did “proper placement” of some academic staff members, in line with a directive of the governing council of the university.
He said the council also investigated alleged irregularities in employment and promotions during the administration of Prof. Hilary Edeoga.
Speaking on some of his achievements, he said he realised his promise to ensure that the university senate conducted its businesses via online and soft copy processes.
Iwe also said the transcripts of graduates up to 2010 were now ready for use through online and that the remaining 2000 transcripts would soon be ready for upload on the platform.
He said his administration had also resolved some issues that impeded the completion of some building projects in the institution, through peaceful negotiations with the contractors.
He hoped that work would soon resume on the projects, which included the College of Agricultural Economics, Rural Sociology and Extension, College of Physical and Applied Sciences, amongst others.
The vice chancellor also said his administration had initiated an open door policy in its relations with students and that efforts were ongoing to provide the necessary infrastructure for effective teaching and learning.
He also said the issues of workers’ welfare were being addressed, adding that the management had started paying the two years arrears of responsibility allowances to deserving workers.
He said that his administration also resolved a five-year dispute with Aeon Consult Ltd, which impounded 45  vehicles purchased for shuttle services by the university.
He expressed joy that the vehicles had been handed over to the university and presently undergoing refurbishment.
The VC also said he made history on June 8, when the university signed a Memorandum of Understanding with the Nigerian Meteorological Agency (NiMet) after two years of “sustained impasse”.
He said “Today, the university’s state-of-the art weather station built and equipped by NiMet is fully functional.”
He said the agency also gave its commitment to equip the university’s laboratory, “possibly at no cost to the university”, in addition to staff training and donation of resource materials.
Iwe said that the university’s Agric Graduate Loan Scheme, which was recently inaugurated by his administration, had given between N120,000 and N400,000 to the first set of beneficiaries.
He said the initiative was in line with his commitment to produce self-sufficient farmers.
He said the loan was tied to fish production, poultry farming, cassava production, pig farming, egg sales, palm oil marketing and agric input sales.
He said his administration also purchased a N2 million state-of-the-art farm equipment as part of the process to commence largescale farming in the university. 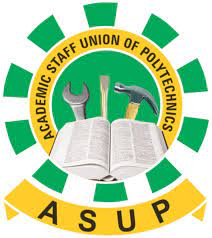