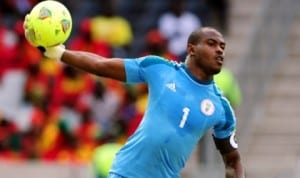 Maigari Not Setting Target For Nigeria