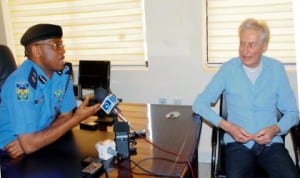 The keenly contested Miss Port Harcourt Centenary beauty crown at the Hotel Presidential, Port Harcourt last Friday was won by Miss Theodora Kelechi Atako. She defeated 29 contestants to wear the coveted crown.
The Oromenezimbu born lady who was crowned by the wife of the Deputy Governor of Rivers State, Mrs Mina Ikuru, walked away with a brand new Honda Accent car and other prizes.
Miss Offor C. Eucharia, emerged the first runner-up, while Princess Onuekwa, was adjudged the second runner-up. They were crowned by the Administrator of Greater Port Harcourt City Development Authority (GPHCDA), Dame Aleruchi Cookey-Gam and Nollywood actress, Maureen Ihua, respectively.
Speaking in an interview with The Tide shortly after she was crowned, Miss Theodora Atako said, “I feel excited and very happy about my victory and I thank God for the honour, while Eucharia Offor and Princess Onuekwa also expressed happiness over their victories.
Others who also received awards at the event include; Udodi Onyinye Chukwu who won the Miss Amity and Most Friendly awards, Miss Aya Uche Sophia, clinched the Miss Eloquent Award, while the Best Behaved Contestant Award went to Miss Theodora Atako. Miss Chinaka Olivia emerged the winner of the best traditional attire award.
Speaking, the Deputy Governor of Rivers State, Engr Tele Ikuru who represented the state governor, Rt. Hon. Chibuike Rotimi Amaechi, said the organisation of the pageant was good. According to him, “in the past, we have had one competition or the other, but in this particular event, there was commitment to excellence as 300 contestants vied for the crown, but they were pruned down to 30 in order to get the best out of the lot and the best contestants won.”
The Mayor of Port Harcourt City Local Government Area, Hon. Chimbiko Ichie Akorolo, expressed satisfaction with the organization of the pageant.
According to him, the pageant would encourage other beautiful young ladies not to be afraid to participate in future.
One of the judges at the pageant, Barr Frankline Ajunwo, state chairman of National Union of Local Government Employees (NULGE), Rivers State and Head of Local Government administration, PHALGA said, history had been made today, the organisation was very good and the judges were fair from the reactions of the audience, so it was a good competition.
Nollywood star actress, Chiege Alisigwe, who also graced the occasion said the result was fantastic, adding that the winner merited the crown. According to her, the judges could not lie about it so I am happy because it is a very beautiful organization.