As Super Eagles of
Nigeria battle their Walya Antelopes of Ethiopia in the second leg of World Cup qualifier at U.J. Esuene Stadium, Calabar, Cross River State on Saturday, football fans in Port Harcourt have said that Eagles would be victorious.
Speaking in exclusive interview with Tidesports in Port Harcourt yesterday, some of the fans were unanimous that super eagles would pick the ticket for Brazil in 2014 world cup.
A grassroots coach in Degema, Richard Dakoru was of the view that Nigeria has already gotten the ticket to Brazil considering the 2-1 defeat of Ethiopia in the first leg at their soil.
“Antalopos played will in the first leg because of their rugby like football pitch, but this time, they will play on a level football field.
Our players will beat them in order to play at the world cup, Dakoru said.
Shidi Goodborn, a Bayelsa United supporter was emphatic that supper eagles would win adding that eagles parade experienced players.
Sunday Chukwu, a sharks of Port Harcourt fan was of the opinion that, the Ethiopians would be beaten 2-0.
According to him, Ethiopia played better at their own soil because of their high attitude and a very bad pitch, pointing out that Nigerians pitch and the weather are favourable for the Nigeria players.
Mrs. Miebi Jacob, a soccer fan in Port Harcourt was of the view that eagles would beat Ethiopia.
“Ethiopia is not Brazil or Germany, Nigerians should not harbour any fear. We are African champions and we should talk and act like the true champions”.
Roland Ikoyi, a pastor with Christ Embassy Church Port Harcourt urged eagles to be cautions and resilience.
According to him, the Ethiopians are capable of showing surprises because eagles might decide to relax because of the first leg result.
He appealed to Nigerians to pray for super eagles so that Nigeria flag will be at Brazil 2014. 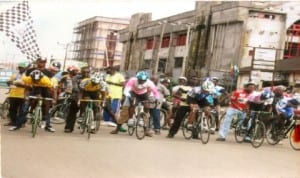