A bomb planted by an abandoned car exploded outside a church in the middle of a worship service yesterday in Suleja, near Abuja, Nigeria’s capital, wounding five people.

No one immediately claimed responsibility for the blast outside the Christ Embassy church in Suleja. However, the area has been targeted in the past by the  Boko Haram, including the Christmas Day car bombing of a Catholic church nearby that killed at least 44 people.

The explosion happened just after 10 a.m. as the church began its service, Pastor Uyi Idugboe told journalists. Security guards at the church had noticed something suspicious by the abandoned car, prompting the pastor to call everyone inside the church before the service began, he said.

The bomb also apparently had been wrapped with a motorcycle chain, which sent metal shrapnel flying everywhere when the explosive detonated, witnesses said. The explosion tore away the engine compartment of the abandoned car and damaged four other vehicles nearby.

An eyewitness, Mrs Edith Eze, told our source that the explosion, which occurred in front of her shop around 10 a.m., also destroyed five vehicles belonging to members of the Divine Favour Ministry.

Eze expressed sadness over the incident and called on the Federal Government to intensify efforts to bring “this disturbing situation” to an end.

Also speaking, an officer of the Nigerian Security and Civil Defence Corps (NSCDC), who pleaded anonymity, said that the explosion occurred during a church service in the morning and injured five persons who were rushed to the Suleja General Hospital for treatment.

The leader of the team of police officers, who visited the scene, also confirmed that five persons, who were wounded in the blast, had been taken to the hospital.

The police officer, who refused to be identified,  said that no arrest had been made but stressed that investigations had  commenced.

Authorities began to put up roadblocks yesterday afternoon to keep onlookers away and traffic snarled around the city.

While police continued to investigate, suspicion for the blast immediately fell on Boko Haram.

Members of the sect have been blamed for killing at least 289 people this year alone. The group’s leader says its campaign of violence is aimed at avenging Muslim deaths and pushing for strict Shariah law across  the country .

The sect’s attacks, including those specifically targeting Christians, have widened distrust between the two faiths in the country, largely split between a Christian south and a Muslim north, and most of Boko Haram’s previous attacks have taken place in the north.

Bombs have struck Suleja in the past. In April, a bomb planted at an election office in the city killed 16 people. Another bomb at a church exploded in July in the city, killing three people.

In nearby Madalla, another town in Niger state, a car bomb exploded outside St. Theresa Catholic Church there, killing at least 44 people. Authorities have blamed all the previous attacks in Suleja on Boko Haram. 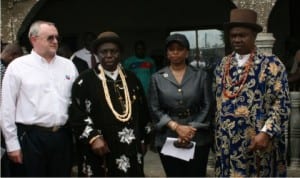