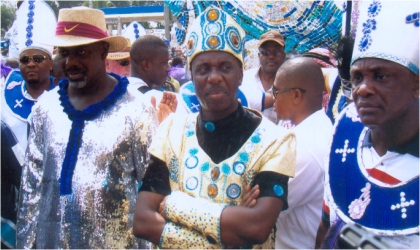 The Dutch Parliament will on January 26 hold a public hearing on the Niger Delta and Shell Nigeria over the operating situation in that region.

A member of the Dutch Parliament, Sharon Gesthuizen made the disclosure on her arrival at the Murtala Mohammed International Airport in Lagos,yesterday.

Gesthuien told newsmen that her visit would enable her get first hand information on the deplorable conditions in the region.

She added that her visit to the country would also afford her the opportunity of meeting with oil companies operating in the region, most especially Shell Nigeria Plc.

“The Dutch media is daily awash with reports from the Niger Delta areas,” she said.

The parliamentarian stated that governments of oil producing states in the country, such as Rivers, Delta, Bayelsa, Edo, Cross River and Abia would be involved in the public hearing.

According to her, Non-governmental Organisations (NGOs), Amnesty International, the Dutch Embassy in Nigeria, individuals, groups and other independent bodies, are also expected to present reports at the hearing.

She noted that before now, the Dutch House of Parliament had received various conflicting reports from different quarters on the situation in the Niger Delta.

“For the House to be objective in its deliberation, I decided to visit the affected states for on-the- spot information,” Gesthuien said.

She explained that the public hearing, which is the first process in bringing solution to the crises in the area, was not to apportion blame but to provide a platform to every stakeholder in the region to present his position.

“For peace to return to the region, all stakeholders, including the multinational companies will have to work harmoniously with one another.

“For any company to work comfortably in any country, four rules of the International Labour Organisation (ILO) should be strictly adhered to.

She listed the ILO rules to include not involving in slavery, child labour, making sure that there is no discrimination and that workers belong to unions.

Gesthuien said that a report was published about one-and-half years ago on the researches conducted in the Niger Delta areas, which quite showed the situation in the area.

“What happens in the Netherlands is that we have rules telling the companies that wherever they operate and whatever country they are, they should always observe the four important ILO norms.

Also speaking, the President of Hope for Niger Delta Campaign in Netherlands, Mr Sunny Ofehe who accompanied Gesthuien on the trip, said the hearing was important as Niger Delta had received lots of attention from the Dutch media and government.