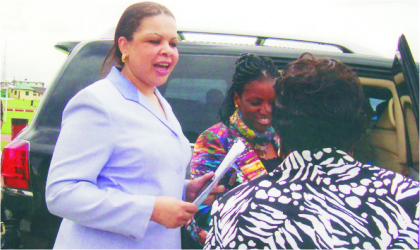 The NESREA spokesman, Mr Sule Oyofo, told  newsmen in Lagos on Saturday that four of the ships had been turned back.

He said that the last attempt was on October 5, when a ship, “MV Vera D’’, brought two containers of toxic wastes to the Tin-Can Island Port in Lagos.

Oyofo said that the ship came from UK, adding that NESREA officials, while inspecting the ship, discovered that two of its containers contained toxic wastes.

He said that the ship was jointly inspected by NESREA officials and members of the National Toxic Dump Watch Committee.

Oyofo said that the items found inside the containers confirmed the fears of some foreign partners of NESREA who sent the alert on the ship’s movement.

He said that  some of  the items included used refrigerators, black and white television sets, computer monitors and compressors.

He said that the items were prohibited under the Nigerian Harmful Waste Act and the Basel Convention Treaty on Trans-boundary Movement.

Oyofo said that efforts were being made to return the consignment to its port of origin.

Our correspondent, however, reports that the shipper, Grimaldi Shipping Line, has denied the allegation that the ship carried toxic wastes.

A source at the shipping agency rejected the allegation and stressed that toxic substances could not be determined via visual observation.

He said that the fact that NESREA was a government agency did not confer on it absolute competence to make such allegations.