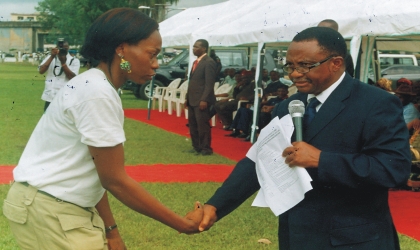 Governor Timipre Sylva of Bayelsa State is seeking the permission of the State House of Assembly to spend the N750 million in the state’s reserved account.

In a letter sent to the lawmakers, the governor said the money would enable him complete eight projects billed for commissioning in August.

President Goodluck Jonathan, an indigene of the state, is expected to commission the said projects in August when he is scheduled to pay an official visit to the state.

The projects include 200 mass transit buses, a plastic manufacturing industry, incidentally started by Dr Jonathan when he was the governor of the state, 10 internal roads, 13 water schemes and a sub-power station at Amassoma.

According to the letter, the projects are 80 per cent completed and cut across the three senatorial districts of the state.

Speaking in favour of granting the request, the Leader of the House, Mr Nadu Karibo said, since the money would be used for capital projects rather than on recurrent, the Governor’s letter should be approved.

Other members of the House also supported him, as they chorused that the projects were expected to create job opportunities for the teeming youths of the state.

According to them, the importance of the state hosting the President to commission the said projects cannot be over emphasised, saying that his home-coming would create some positive impacts on the people.