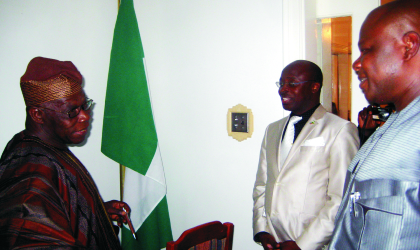 Engr Ogbuigwe who disclosed this to The Tide at the Port Harcourt International Airport, Omagwa assured the management’s commitment towards putting back the refinery into full operation.

The managing director, who said he was on his way to Abuja for a meeting on issues concerning the company, noted that the refinery had been undergoing a Turn-Around Maintenance process since 2000, pointing out that its power plant has not been overhauled since 1994, a situation he assured would be  addressed at the meeting.

He stated that despite the numerous challenges facing  the establishment, a lot has been done to make the refinery start production within the shortest periods, saying that the Eleme Petrochemical taken over by Indorama has been producing and encouraged its management to keep the tempo.

Speaking on the problems facing children as leaders of tomorrow, Engr Ogbuigwe called on government at all levels to evolve more positive programmes and policies that would protect the rights of the child.

According to him, children are the most volatile in the society and need the utmost security of the parents and teachers while in school, adding that both government and the society owe it’s a duty to ensure the welfare and security of children.

Observing that quality education is the right of every child anywhere in the world, he stressed the need to strictly enforce all existing laws concerning the child, especially on child trafficking and abuse.

Teenage pregnancy, Engr Ogbuigwe said should be discouraged just as child trafficking as a crime should be seriously checked and urged the church to harp on moral values in its teachings to instill change in the society.